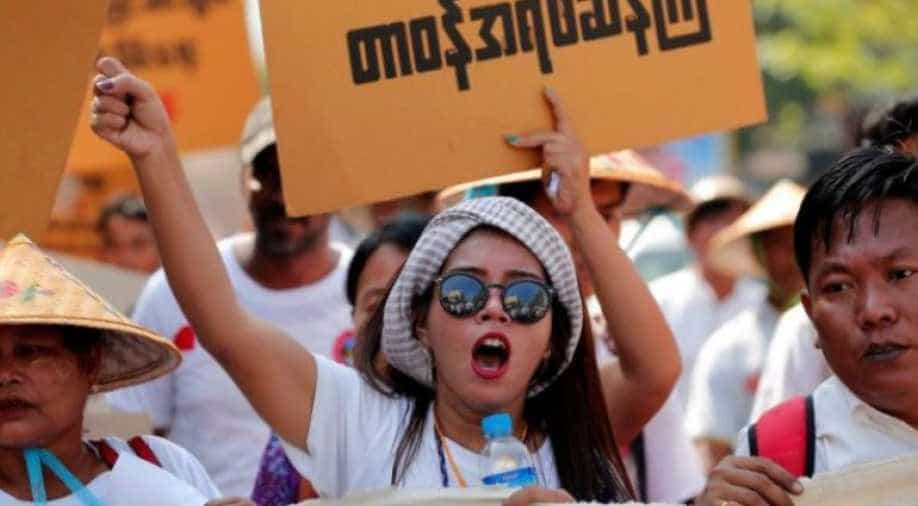 Amendments to the 2011 Peaceful Assembly and Peaceful Procession law proposes maximum three-year prison term for those hold protests and demonstrations that challenge the security and rule of the land.

As per the amendment, organisers of the protests will be required to provide details of the budget and source of their funds in order to be able to stage any protest or demonstration.

The changes to the law are being backed by Nobel laureate Aung San Suu Kyi's ruling party, National League for Democracy.

“If they are trying to make it difficult to protest, the authorities that rule the country - the parliament, judiciary and government - cannot hear the true opinions of the people,” said Zaw Yan, a farmers' rights activist.

Nearly 190 Myanmar civil society groups have signed a petition against the amendment.