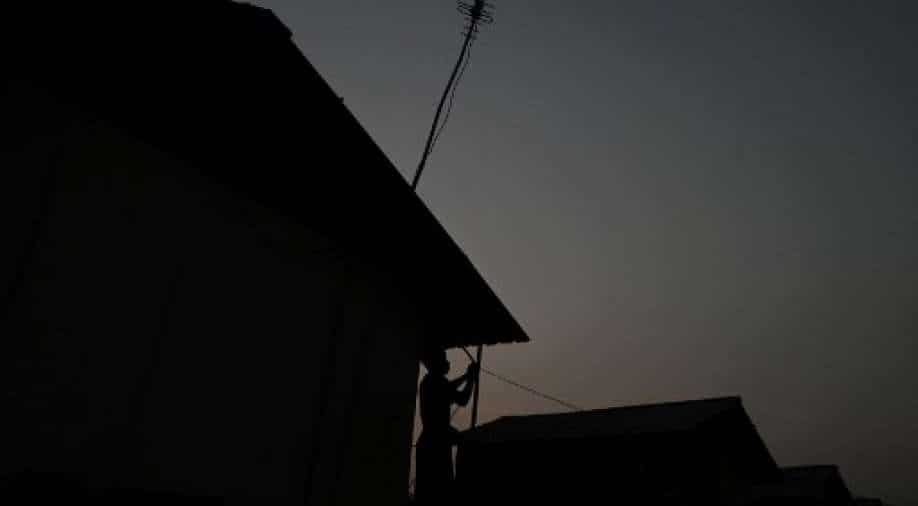 The supply cut comes as the junta has tightened its chokehold on communications, blocking social media platforms which people have skirted by downloading VPNs

Electricity supply was cut across many areas of Myanmar on Friday because of a "system breakdown", according to multiple government agencies.

People started posting on Twitter and Facebook about the widespread blackouts across commercial hub Yangon at around 1:30 pm local time (0600 GMT).

Electricity has been cut off in almost entire Myanmar. Don’t know the reason yet. #WhatsHappeningInMyanmar #Mar5Coup #WeNeedR2PInMyanmar

Further north in the city of Magway, along the Irrawaddy River, the region's Electricity Supply enterprise reported the same.

Netizens on Facebook -- an extremely popular platform in Myanmar -- similarly reported electricity blackouts in other parts of the country.

The supply cut comes as the junta has tightened its chokehold on communications, blocking social media platforms which people have skirted by downloading VPNs and imposing a nightly internet shutdown.

Myanmar has been in turmoil since the February 1 coup that ousted civilian leader Aung San Suu Kyi from power, with soldiers and police escalating the use of force on the streets to quell nationwide protests.

A protester was shot dead in Myanmar on Friday, in the latest round of bloodletting at anti-coup demonstrations as the UN Security Council prepared to meet on the escalating crisis.

Despite an increasingly brutal crackdown by the military authorities that has seen more than 50 people killed, protesters took to the streets again in towns around the country to denounce the February 1 coup.

The violence has brought condemnation from around the world, with the UN rights chief demanding the junta "stop murdering and jailing protesters", and the Security Council is set to discuss the crisis later Friday.

But despite the mounting international pressure, the generals have shown no signs of heeding calls for restraint.

In Mandalay, Myanmar's second largest city, hundreds of engineers took to the streets crying "Free our leader" in reference to ousted State Counsellor Aung San Suu Kyi, detained by the military since the first night of the coup.

A 26-year-old man helping at barriers set up in the city to slow security forces died after being shot in the neck, medical officials told AFP.

The killing follows the deadliest day of the crackdown so far on Wednesday, when the UN said at least 38 people were killed as graphic images showed security forces firing into crowds and bloodied bodies dragged away.