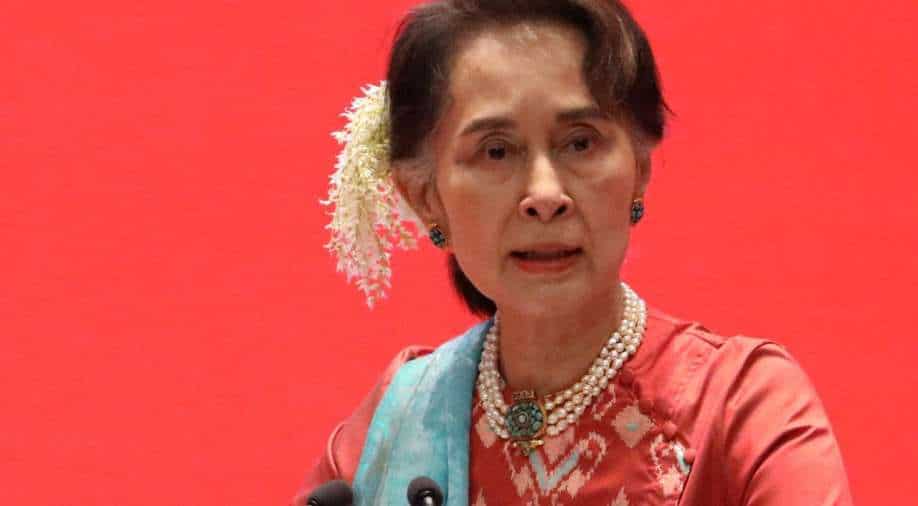 No hope in sight Photograph:( Reuters )

Myanmar's army seized power on Monday, detaining Nobel laureate Suu Kyi and cutting short a transition to democracy in a takeover that has drawn condemnation from the United States and other Western countries.

"We have got reliable information that Dakhinathiri court has given a 14-day remand from February 1 to February 15 against Daw Aung San Suu Kyi under the charge of violating the import/export law," Kyi Toe, National League for Democracy (NLD) press officer, wrote on his official Facebook page on Wednesday.

The document from a police station in the capital Naypyitaw said military officers who searched Suu Kyi's residence had found hand-held radios that were imported illegally and used without permission.

President Win Myint, who was also detained by the military in Monday's coup, has also been charged under the National Disaster Management law.

The NLD party, earlier in the day, said its offices in several regions of the country had been raided, including by forced entry, with documents, computers and laptops taken. It said on Facebook that the raids started on Tuesday and urged authorities to stop what it said were unlawful acts against the party.

Myanmar's army seized power on Monday, detaining Nobel laureate Suu Kyi and cutting short a transition to democracy in a takeover that has drawn condemnation from the United States and other Western countries.

Suu Kyi endured about 15 years of house arrest between 1989 and 2010 as she led the country's democracy movement and she remains hugely popular at home despite damage to her international reputation over the flight of Muslim Rohingya refugees in 2017.

Her National League for Democracy (NLD) party said earlier in a statement that its offices had been raided in several regions and urged authorities to stop what it called unlawful acts after its victory in a November 8 election.

Army chief Min Aung Hlaing seized power on the grounds of fraud in a November 8 election, which the NLD won in a landslide. The electoral commission had said the vote it was fair.

The Group of Seven largest developed economies condemned the coup on Wednesday and said the election result must be respected.

"We call upon the military to immediately end the state of emergency, restore power to the democratically-elected government, to release all those unjustly detained and to respect human rights and the rule of law," the G7 said in a statement.