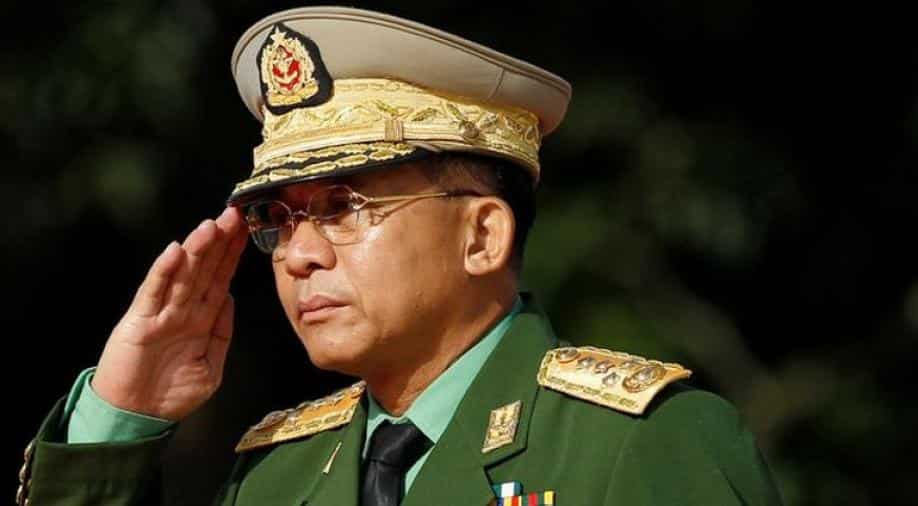 The Myanmar junta slammed the decision on Saturday evening, accusing ASEAN of breaching the bloc's policy of non-interference in the domestic affairs of its member states

Myanmar's military rulers have pledged to cooperate "as much as possible" with a peace plan agreed with ASEAN. This comes after ASEAN excluded Myanmar junta leader Min Aung Hlaing from attending the summit.

The Myanmar junta slammed the decision on Saturday evening, accusing ASEAN of breaching the bloc's policy of non-interference in the domestic affairs of its member states.

In an announcement in state media, the junta said it upholds the principle of peaceful coexistence with other countries and would cooperate with the ASEAN in following a five-point "consensus" agreed in April.

ASEAN chair Brunei has not responded to Myanmar's rejection. A spokesman for Thailand's foreign ministry declined to comment on Saturday, citing the sensitivity of the matter.

Indonesia's foreign ministry spokesperson, Teuku Faizasyah, said ASEAN's consensus on who would represent Myanmar at the summit was the "common guide for all ASEAN members".

As of now, over 1,000 civilians have been killed in a post-coup crackdown in Myanmar, with thousands more detained, various tortured or beaten, according to the United Nations. The junta is accused of using excessive military force against civilian populations.

The junta said that many of those killed or detained were "terrorists" with the aim of destabilising the country. The junta chief last week said opposition forces were prolonging the unrest.

ASEAN's special envoy, Erywan Yusof of Brunei, had sought a meeting with ousted leader Aung San Suu Kyi. However, the military government said that was impossible she was detained and charged with crimes.

The junta has warned Erywan not to engage with opposition forces.