Myanmar: Bloodiest day as at least five dead in clashes between protesters and police 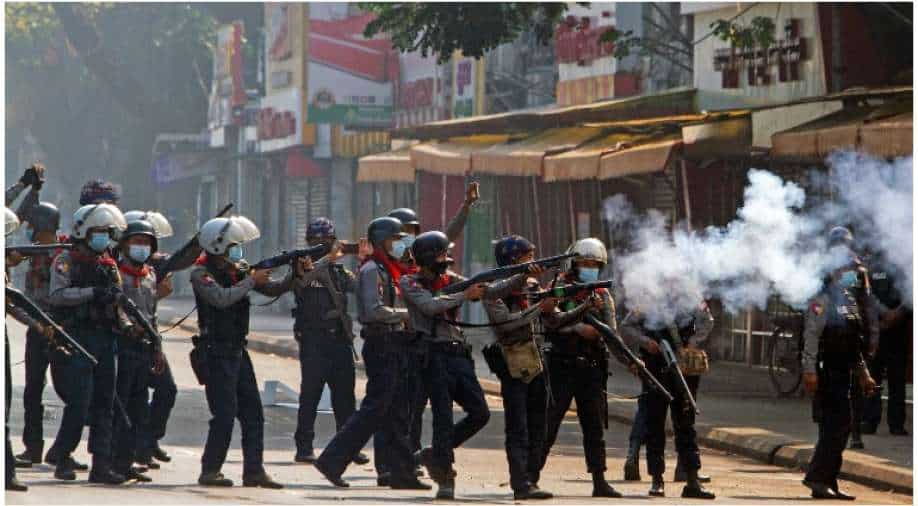 Myanmar Police on Sunday opened fire killing at least four people, said a doctor and a politician on what is turning out to be the bloodiest day since the start of anti-coup protests. Several people have been wounded. A woman also died of a suspected heart attack after police broke up a teachers' protest with stun grenades in the main city of Yangon, her daughter and a colleague said.

Police were out in force early and opened fire in different parts of Yangon after stun grenades, tear gas and shots in the air failed to break up crowds. Soldiers also reinforced police.

One man died after being brought to a hospital with a bullet wound in the chest, said a doctor who asked not to be identified.

Police broke up protests in other towns including Lashio in the northeast and Myeik in the deep south, residents and media reported.

Myanmar has been in chaos ever since the democratic government led by Aung San Suu Kyi was toppled by the military. Suu Kyi's whereabouts are yet unknown.

"The Myanmar security forces' clear escalation in use of lethal force in multiple towns and cities ... is outrageous and unacceptable," Phil Robertson, deputy Asia director at Human Rights Watch said in a statement.

Hundreds of protesters refused to leave the streets by early afternoon in Yangon. Many set up barricades while others chanted slogans and sang protest songs.

Meanwhile, Myanmar's military regime on Saturday fired Myanmar's envoy to United Nations Kyaw Moe Tun just a day after he made an impassioned speech in the UN.

In his speech, Tun implored international community to act against the military junta that toppled the democratically elected government of Aung San Suu Kyi in a coup on February 2021. He even made the three-fingered salute that has come to symbolise the spirit of Myanmar's anti-coup protests.