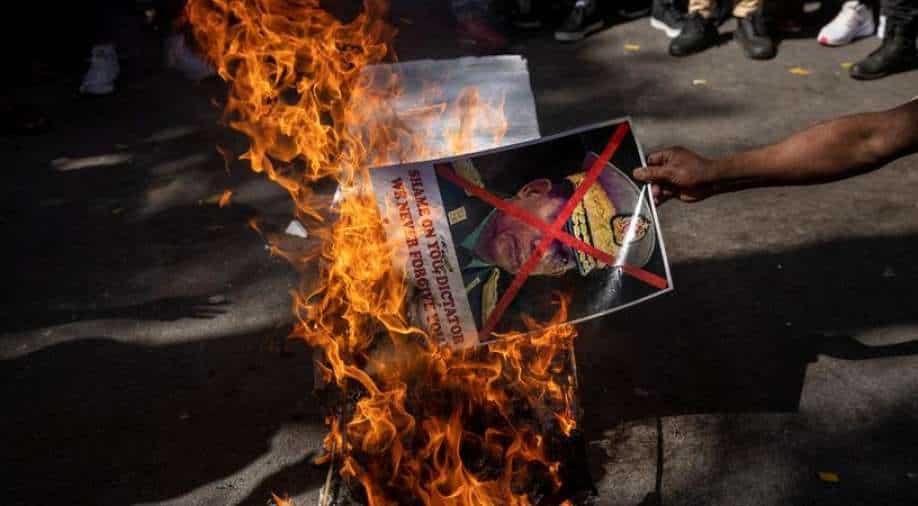 Authorities in Myanmar have asked New Delhi to return police officers who fled across the border and sought refuge in India.

They wanted to avoid taking orders from the junta, an official in northeastern India said on Saturday.

According to Reuters, the senior-most official in Champhai, Mizoram, had received a letter from her counterpart in Myanmar's Falam district requesting the return of eight police officers "in order to uphold friendly relations."

Deputy Commissioner Maria CT Zuali said on Saturday that she was "waiting for the direction" from the India's Ministry for Home Affairs in New Delhi.

In the letter, Myanmar authorities said they had information on eight police personnel who had crossed into India. The letter listed details for four police, aged between 22 and 25 years, including a female officer.

"In order to uphold friendly relations between the two neighbour countries, you are kindly requested to detain 8 Myanmar police personnel who had arrived to Indian territories and hand-over to Myanmar," the letter said.

It was reported earlier on Thursday that as many as19 Myanmar police officers had crossed over the border into northeastern India to escape taking orders from the military junta.

On February 1, the junta overthrew a democratically-elected government, and detained its leader, Aung San Suu Kyi, having disputed her party's landslide victory in November.

India shares a 1,643-kilometre (1020-mile) land border with Myanmar, where more than 50 people have been killed since the coup.