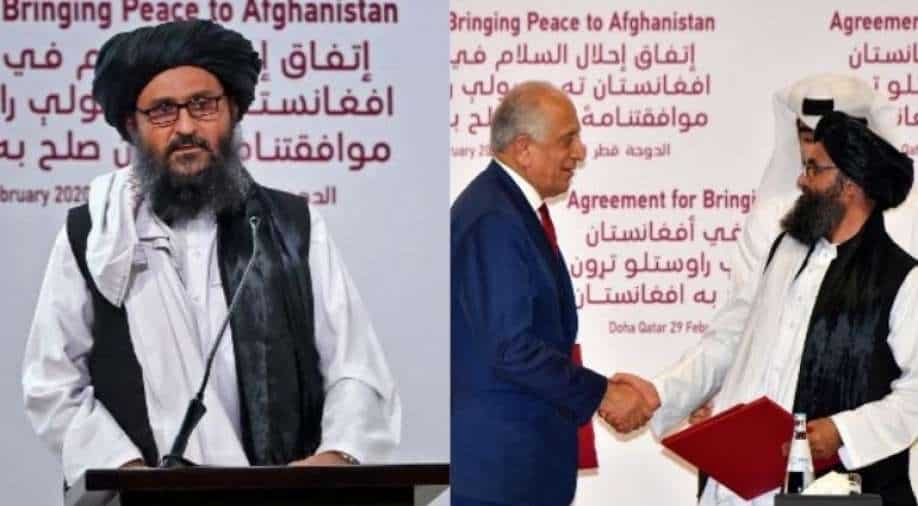 Mullah Abdul Ghani Baradar who is the co-founder of the Taliban was released from a Pakistan prison at the request of the Trump administration as it started negotiations with the militant group.

As the Taliban consolidated its position in Kabul, the group said its leaders and co-founder, Mullah Abdul Ghani Baradar, had returned to Afghanistan.

Baradar, who is the chief of the Taliban's political office, arrived in Kandahar. As he stepped out of the plane, the group's leaders cheered on.

LIVE Afghanistan crisis: As it happens

The Taliban leader took a C17 aircraft from Qatar and chose to land in the group's spiritual birthplace Kandahar on Tuesday night. The city was the capital of the group during its first time in power in the 90s.

A controversial figure in the Taliban, Baradar was arrested in 2010 in Pakistan but was released from prison three years ago at the request of the former Trump administration as it prepared to open peace talks with the militant group.

Reports say US negotiator Zalmay Khalilzad was instrumental in getting Baradar released from Pakistan's prison. Baradar skillfully handled the talks even as the US government began moves to exit the country.

The Taliban on Tuesday assured the international community that it had "pardoned everyone" as Baradar arrived in the country.

"We will not seek revenge," Taliban spokesman Zabihullah Mujahid said.

Mullah Abdul Ghani Baradar had earlier met Qatar's foreign minister Sheikh Mohammed bin Abdulrahman Al-Thani before arriving in the country. Doha was the centre of Taliban for several months as the militant group hosted talks with the US government with Baradar leading the delegation.

Baradar is widely seen as a possible future leader of Afghanistan as the Taliban take control of Kabul.

Qatar's foreign minister had urged the Taliban leader to ensure  civilians in Afghanistan are protected. On Saturday, Qatar had called for the Taliban to adopt a ceasefire, however, the militant group marched into Kabul on Sunday almost unopposed as President Ghani left the country.

As Baradar entered the country, the US stepped up its evacuation after chaotic scenes on Monday paralysed efforts with Afghans taking over the tarmac at Hamid Karzai international airport.

Evacuation flights from Kabul's airport restarted on Tuesday with Germany and France also evacating their officials.