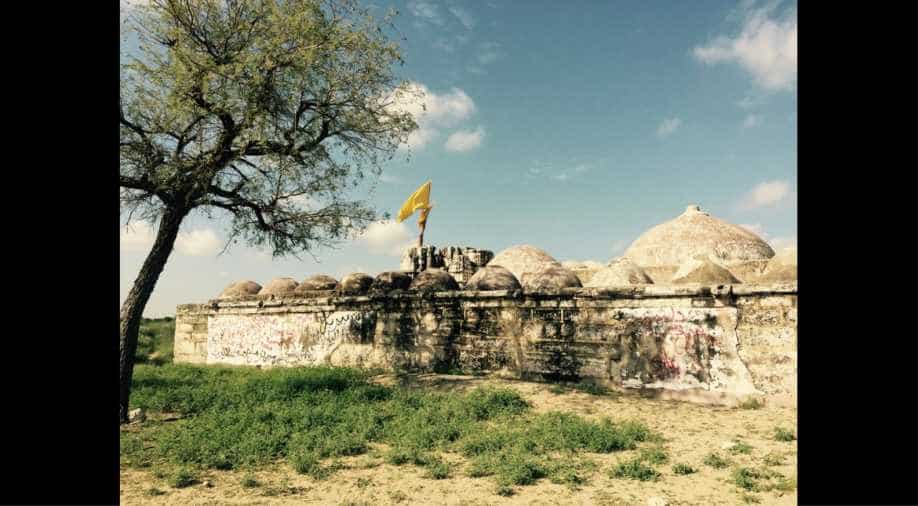 A Hindu temple in Pakistan Photograph:( Others )

A report submitted to the Supreme Court of Pakistan on February 5 has revealed that most of the Hindu holy sites across the country were in a state of decay.

The seventh report of the one-man Dr Shoaib Suddle commission submitted to the Apex Court has depicted a dismal picture of most revered Hindu sites in the country.

The Commission was set up by the apex court in 2019 to oversee implementation of its judgement on minority rights.

It regretted that the Evacuee Trust Property Board (ETPB) "failed to maintain most of the ancient and holy sites of the minority Hindu community".

Dr Shoaib Suddle's one-man commission has been established by the Supreme Court but it has three supporting members, Dr Ramesh Vankwani, Saqib Jillani and the attorney general for Pakistan, who has nominated the deputy attorney general to participate in fact-finding activities of the commission, the report said.

The attack on the temple drew strong condemnation from human rights activists and the minority Hindu community leaders, prompting the Supreme Court to order its reconstruction.

The Supreme Court in its order of January 5 directed the ETPB "to submit a detailed report of all temples, Gurdwaras and other religious sites all over Pakistan which come under the purview of ETPB".

According to the ETPB letter, out of 365 temples, only 13 were being managed by them, leaving responsibility of 65 with the Hindu community, and practically abandoning the rest of 287 to the land mafias, the report said.

The commission said that the ETPB, with its staff spread across the country and boasting huge paraphernalia, was managing 31 places of worship out of a total of 470.

However, according to the community, over 90 lakh Hindus are living in the country.

The majority of Pakistan's Hindu population is settled in Sindh province where they share culture, traditions and language with Muslim residents.

They often complain of harassment by the extremists.