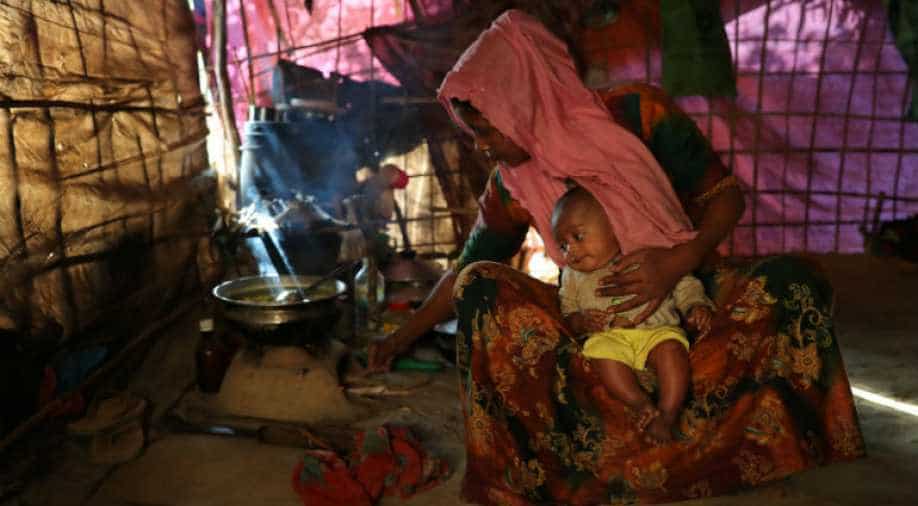 Referring to the potential threat that is surrounding the Rohingyas ahead of the monsoon and cyclone seasons, the United Nations said on Saturday that lives of tens of thousands of Rohingya refugees hang in the balance as the approaching seasons threaten their makeshift camps in Bangladesh.

The UN records states that about 700,000 minority Rohingya Muslims have fled from Myanmar to Bangladesh in order to escape violence in their country's Rakhine State.

The Rohingya deportation from Myanmar started since August 25, 2017 after the army launched a military crackdown on the minority community.

Myanmar does not consider Rohingya as an ethnic group and maintains that they are Bangladeshi migrants living illegally in the country.

To keep a check on the potential threat that looms over the Rohingya refugees, the United Nations migration agency -- the International Organisation for Migration (IOM) -- has appealed for urgent financial support to prepare the area in southern Bangladesh against floods and landslides.

"We cannot wait for funding to come in after the emergency is over and possibly preventable tragedies have occurred. We need to be able to act now if lives are to be saved," said John McCue, IOM's Senior Operations Coordinator in Cox's Bazar.

The IOM, the World Food Programme and the UN refugee agency are working together with the Bangladesh government and others to manage the scale of the response in Cox's Bazar – the world's biggest refugee settlement.

Only nine per cent of a $ 951 million joint agency response plan has been secured. Of that, $ 182 million allocated to provide Cox's Bazar with assistance through December 2018 is facing a shortfall of almost $ 151 million.

The UN has described the atrocities by the Myanmar military on Rohingya refugees as a textbook example of ethnic cleansing while the rights groups called it a genocide.

The majority community in Myanmar, Buddhist, however, rejects the charge of ethnic cleansing, saying its security forces launched a counter-insurgency operation on August 25 in response to Rohingya militant attacks.