Modi & Rahul address rallies in UP, say exact opposite of each other 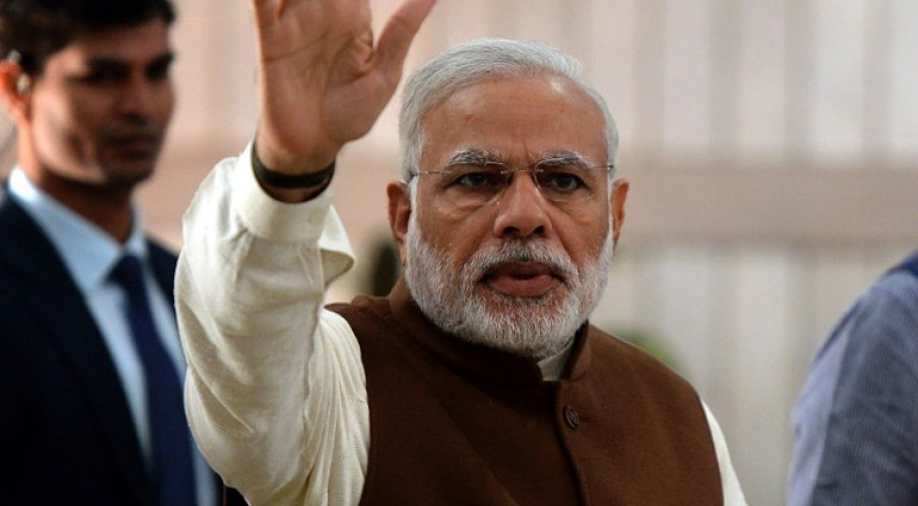 UP goes to the polls early next year. The election result will be seen as a referendum on the government's recent demonetisation, and also perhaps an indicator of which way the 2019 general election will go. Photograph:( AFP )

With both of them keeping an eye on the UP election -- which goes to the polls early next year -- Prime Minister Modi and the Opposition Congress' Rahul Gandhi addressed rallies in the state Monday.

Modi spoke in Kanpur, Rahul in Jaunpur, and while both of them obviously talked about the country's recent demonetisation -- there really is nothing else people are talking about nowadays -- the two said the exact opposite of each other.

Modi told his supporters that today, for the first time, they had a central government dedicated to the poor.

Said Modi: We are fighting against black money and corruption. We are doing all we can to make a better India. Our agenda is to stop corruption, stop black money. But other people have an agenda of  "stop Parliament".

Said Rahul: Modi has not only sucked up the poor's money, he has also sucked out their blood.

Rahul added, "We said to Modi that the poor, farmers, are crying. I urged him to waive the loans of farmers. But he did not reply. He did not say a word."

Rahul's speech also stepped into -- again -- the realm of the speculative

"I ask you,' he said, "is black money with the people of India or with those 50 families?"

Rahul has a habit of alleging the sensational. Last week, he announced to the media that he had proof of "personal acts of corruption" by Prime Minister Modi.

But he refused to elaborate, saying he would say so only in Parliament.

A few years ago, he had alleged that the Uttar Pradesh police had shot dead people in the villages of Bhatta and Parsaul -- the villages' land had been acquired by the government and the villagers were protesting.

Forensics later proved the allegation to be untrue.

Modi, whose attacks can also veer towards the personal, tended not to this time. All he did say was that the Congress' style of functioning was "unaccountable, corrupt and doing as they please -- this is the functioning style of the Congress".

He added that he saw a strong desire for change in Uttar Pradesh. "I don't just see winds of change. I see a storm for change,' he said.

He added that if the youth of Uttar Pradesh come together, then nothing can stop India from progressing.

Uttar Pradesh will go to the polls early next year.

The election will be even more closely watched than usual. UP is one of India's largest states and very important politically.

But more importantly, the result will be seen a referendum on Modi's shock demonetisation. And an indicator perhaps of which way the 2019 national election will go.

On November 8, Modi had announced -- to everybody's surprise -- that the country's 500 and 1,000-rupee notes would cease to be legal tender. He said he was doing so to get at the country's "black" or untaxed money and terror funding.

The move found widespread support, but it also led to 86 per cent of the country's currency being sucked out of circulation. News reports talked of people, left with no cash, being unable to buy food and essential medicines.

The chief minister of Bengal, Mamata Banerjee, recently said more than a 100 people had died because of demonetisation.

Today, on the ground, depending on whom you talk to, there is either tremendous anger against the move or it has dissipated.

The Uttar Pradesh election will tell for certain.