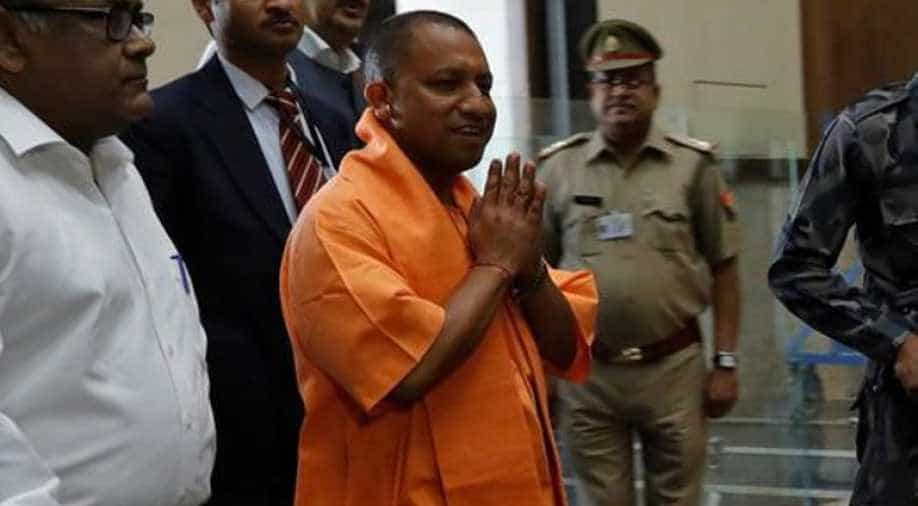 Uttra Pradesh's minority affairs minister said it was Yogi Adityanath -- widely viewed as a fierce Hindu nationalist -- who came up with the idea to help poor Muslims in the state. Photograph:( Zee News Network )

The government in India's largest and politically most critical state Uttar Pradesh has decided to financially help Muslim families for their daughter's marriage, in what could be seen as a minority outreach programme.

India Today reported that the state's chief minister Yogi Adityanath -- viewed by the moderates in the country to be a staunch Hindu nationalist -- has also decided to organise 100 mass weddings across India's heartland.

The state's minority affairs minister Mohsin Raza said it was the chief minister's idea to launch this new scheme.

"I am extremely happy that the chief minister made the proposal of 'sadbhavna mandap'," India Today quoted Raza as saying.

If the initiative is a success, it will be held every two years.

That is because Adityanath has made several anti-Islam remarks in the past, and the tone and tenor of his election campaigning this year were no different.

His ascension has been denounced by many as Bharatiya Janata Party's plan to alienate minority religions -- especially Muslims -- and promote an aggressive brand of Hindu nationalism.

Adityanth's detractors believe that his policies would estrange the roughly 38.5 million Muslims -- almost 20 per cent of total population -- residing in the state.

The elevation and eventual appointment of a controversial figure, Yogi Aditya Nath as the chief minister of Uttar Pradesh has led to shock in many circles. With his appointment, observers are now asking - will development take a back seat in UP? (WION)