Military not getting its due share in defence spending: Indian Army chief 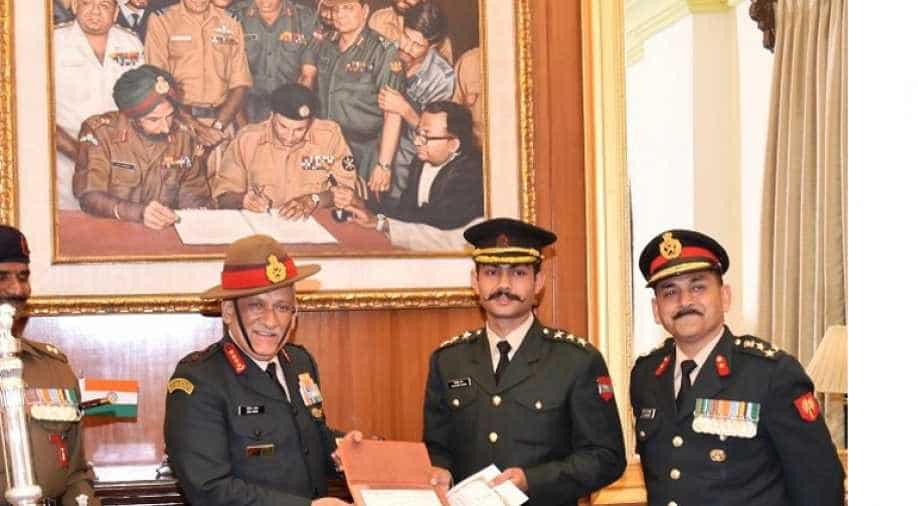 In an address, the army chief lamented that the spending on defence is considered a 'burden' by many in the country ||Bipin Rawat said India's true potential will be realised only when economic growth and might of the armed forces go hand-in-hand

In an address at a defence think tank, the Army Chief lamented that the spending on defence is considered a "burden" by many in the country and the military is not getting its due share.

Citing China, he stressed that India's true potential will be realised only when both economic growth and might of the armed forces go hand-in-hand.

He said the country must look for new friends and allies to deal with neighbours along India's western and northern borders, an apparent reference to Pakistan and China.

"We are also coming out with the national security strategy which will be given to the government. Both the draft documents are ready and hopefully we will be releasing them very soon," he said after unveiling 'Strategic Yearbook 2017' at the United Service Institution, a national security and defence think tank.

Holding that a strong military is essential for India's forward march, he said the general thinking among people is that expenditure on defence "is a burden" on the economy.

He said a "very strong military" is key for the economy to develop and cited China's policy in this regard. The army chief also identified ensuring energy security as another important requirement for India to become a major power.

"While we are developing our economy, the military is not getting its due share. I think here we need to draw a lesson from China," he said, adding military and economic growth should be "co-joint" as they are two tenants of national power.

India's defence budget for 2017-18 was Rs 2.74 lakh crore, which is 1.63 per cent of GDP. China's defence budget is close to three per cent of its GDP. There has been a feeling among security experts and the defence establishment that the modernisation of armed forces is taking place at a very slow pace and that government has not been allocating adequate funds for it in the last few years.

Talking about the evolving security situation in the region, he said India must have close ties with countries like Iran, Iraq and Afghanistan considering the security matrix.

He said such a policy will recreate the outreach India had before partition.

"We have to start looking at how do we carry out counter-encirclement for our future adversaries. Developing alliances, developing friends to overcome the (current) deficiency is important. That must be part of our strategic thought process," he said.

The army chief said that time has come for India to have a say in all major issues at the United Nations and the country must work hard to attain the membership of the UN Security Council.

"We must create alliances and friends also so that we find a rightful place at the UNSC. Time has come for India to have a say in all that happens in UN," he said.

On energy security, he said India has a huge potential to generate solar and wind energy and it must focus on these energy sources.