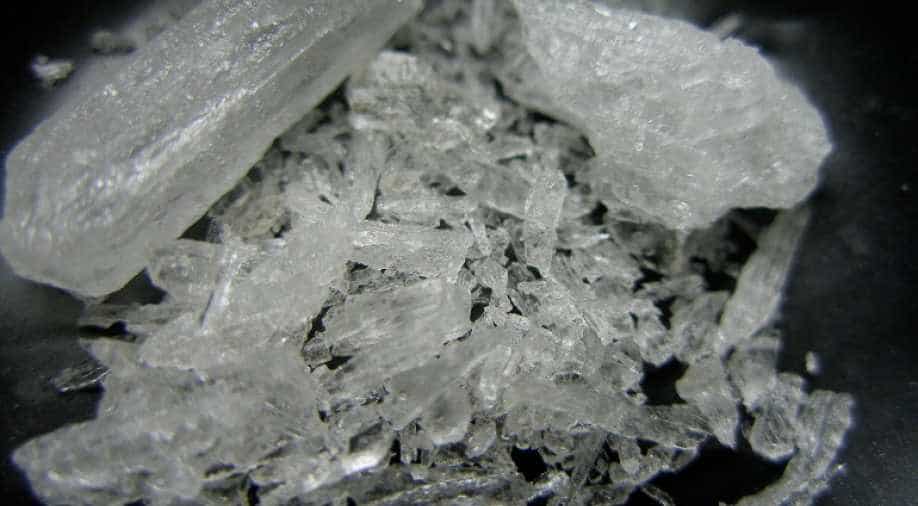 A flood of precursor chemicals into Myanmar is fuelling record meth production, officials said Wednesday, as the country's multi-billion-dollar drug trade spills out across Asia-Pacific.

The "Golden Triangle" -- a lawless wedge of land intersecting China, Myanmar, Thailand and Laos -- has for generations served as a base for opium and heroin production.

But it is Myanmar's meth production and trafficking that has skyrocketed to "alarming levels" in recent years, according to the United Nations Office on Drugs and Crime (UNODC).

The price of the methampethamine pills -- known regionally as "yaba", Thai for crazy medicine -- has collapsed due to massive oversupply, as has "ice", which is the much more potent and addictive crystallised version that is smoked.

Meth from Myanmar's border area in the Golden Triangle is moving further than ever from its source, reaching India to the west and Australia to the southeast.

Officials from China, South and Southeast Asia, met in Myanmar's capital Naypyidaw on Wednesday to discuss the meth issue, which experts fear is causing a health and crime crisis.

But Myanmar should not shoulder all of the blame, said Aung Thu, the country's vice Home Affairs minister at the meeting.

"While we are a significant source of illicit drugs, we are not a source of the chemicals," he said, according to a statement issued by the UNODC, who organised the three-day meeting beginning on Wednesday.

"We reminded the region that precursors are required for synthetic drug production to continue to go up."

The chemicals can also be used for more innocuous purposes -- ephedrine and pseudoephdrine, for example, are used in cold remedies making it hard for officials to control imports.

Experts say precursors are usually made in northeastern India and China, while regional neighbours like Thailand, Indonesia and Vietnam have growing chemical and pharmaceutical industries that could add to it.

"The synthetic drug situation is changing quickly and yet the speed information is being developed and exchanged is not keeping pace," said UNDOC's Inshik Sim, recommending governments flag suspicious new substances through an early warning system.

The volume of meth being seized by authorities across the regions indicates "a steady and rising supply" of chemicals into Myanmar, said UNODC regional representative, Jeremy Douglas told AFP.

Yet "governments are reporting little if any seizure of chemicals and pharmaceuticals" used to make it, which shows relative freedom at the borders when transporting it.

"The business will not be disrupted," Douglas warned, until there is a unified capacity to border detection of drugs and precursors across a region containing some of Asia's poorest countries.

An emerging concern for the UNDOC is the increasing production of fentanyl, a synthetic opioid that caused an epidemic in America.

It is now being "produced, diverted and trafficked" from the region to North America and Australia, said the UNODC.