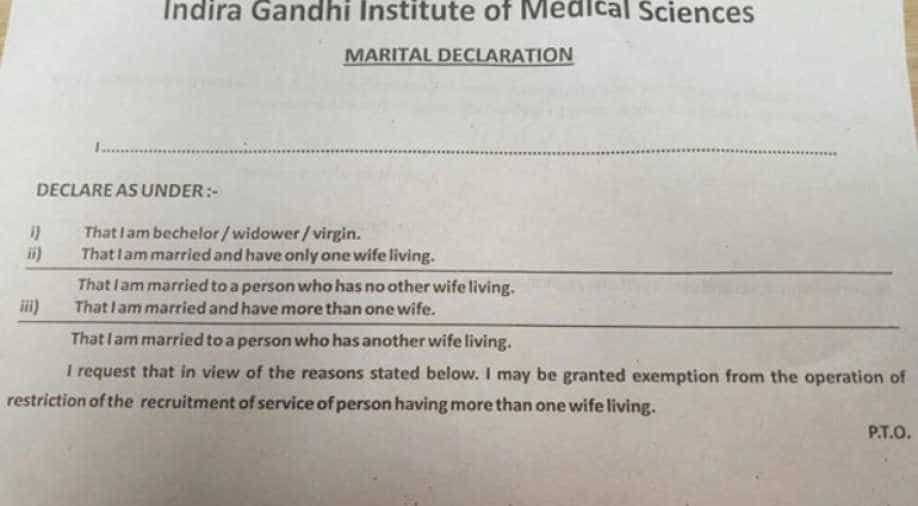 Of the three declarations, one states, 'That I am bachelor/widower/virgin'. Photograph:(ANI)
Follow Us

Patna's Indira Gandhi Institute of Medical Sciences (IGIMS) has asked its employees to specify whether they are "virgins" and the "number of wives" they have in a form to declare their marital status.

"Rules are made by the government and the Constitution. If they change the word, we will change it too," Manish Mandal, Medical Superintendent IGIMS told ANI.

"IGIMS follows AIIMS which in turn following Central Services Rules. Form is according to prescribed rules," he added.

Virgin doesn't have anything to do with virginity but marital status. If a person joins in&then dies who would be claimant?: Manish Mandal

Rules are made by govt&Constitution. If they change the word, we will change it too: Manish Mandal, Medical Superintendent, IGIMS

The IGIMS was recently been in the news after it allegedly refused to provide an ambulance to the parents of a five-year-old who died battling cancer in the institute. The father had to carry his child's dead body on his shoulder.