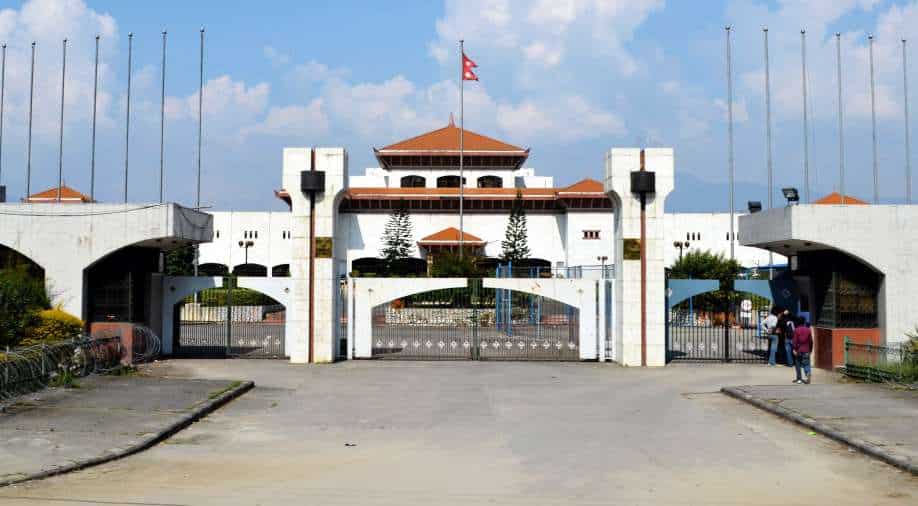 Amid growing opposition over a United States-funded infrastructure programme in Nepal, the US embassy in Kathmandu on Saturday said the decision to ratify the compact solely rests with the Nepal government.

In September 2017, the US government signed a $500 million compact with the Government of Nepal under the Millennium Challenge Corporation (MCC) initiative.

The compact aims to fund the maintenance of road quality, increase the availability and reliability of electricity, and facilitate cross-border electricity trade between Nepal and India.

It aims to spur investments, accelerate economic growth, and reduce poverty in the Himalayan country.

Issuing a statement a day before the parliament session’s schedule, the embassy said, “This $500 million MCC grant is a gift from the American people and a partnership between our nations that will bring jobs and infrastructure to Nepal and improve the lives of Nepalis.”

“This project was requested by the Nepali government and the Nepali people, and is designed to transparently reduce poverty and grow the economy of the country,” it added.

According to the MCC agency, Nepal faces extensive economic development challenges caused by an inadequate supply of electricity and high transportation costs to move both goods and people.

It says that MCC Nepal Compact marks a new chapter in the US-Nepal Partnership and is designed to increase the availability of electricity and lower the cost of transportation in Nepal.

An additional $130 million contribution from the Government of Nepal in support of the compact—the largest up-front partner country contribution in MCC’s history—will enable even greater impact and benefits for the Nepali people.

Meanwhile, the coalition of five-ruling parties in Nepal has failed to reach a common ground so far on the parliament ratification.

Prime Minister Sher Bahadur Deuba, who came to power only in July last year, has assured the US that the pact will be ratified in the ongoing winter session.

Coalition partners, mainly communists, and the opposition believe that the compact will undermine the country's constitution and that the US may use Nepal's soil against China under its Indo-Pacific strategy.

There has been a wide range of protests against the compact across the country.

Following which, US Ambassador to Nepal Randy Berry on Friday said, “Violence and incitement to violence are never acceptable.”

“We are a strong supporter of free speech and public discourse based on facts, including on MCC. The right to express one’s views is intrinsic to democracy, and people must be allowed to peacefully share their views. Violence and incitement to violence are never acceptable,” Berry said in a tweet.

The session of the House of Representatives on Friday concluded without the controversial MCC being tabled in parliament due to a lack of consensus among the coalition partners.

Adjourning the session, Speaker Agni Sapkota informed that the next meeting on the issue will be held on Sunday at 1 pm.