No headway on MCC in Nepal after all-party meeting 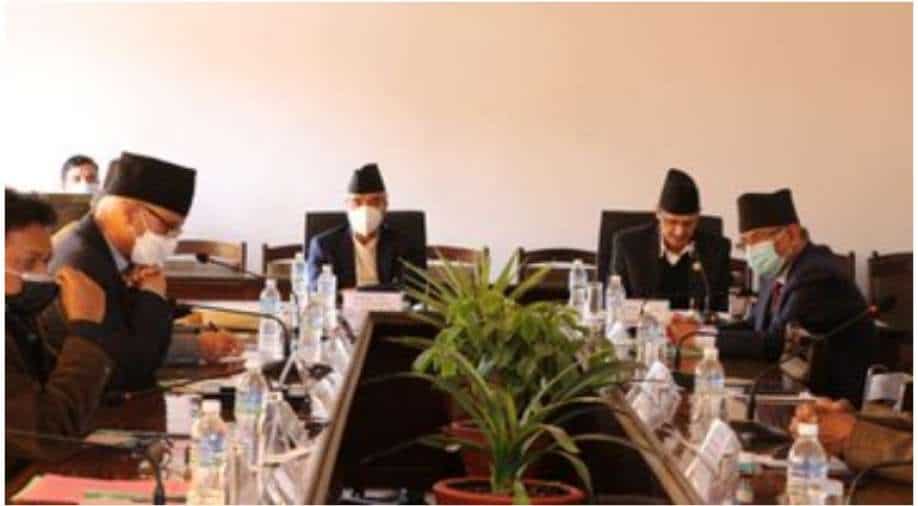 The meeting came after registration of an impeachment motion against Supreme Court Chief Justice Cholendra Shumsher Rana by ruling parties.

The all-party meeting called by House Speaker Agni Sapkota ended without any conclusion. However, the speaker said a wide range of issues were discussed with the leaders.

While speaking to reporters post the meeting, the speaker said, “Views expressed by leaders were accurately noted. Political parties represented in parliament have a decisive role to play in the ratification of the MCC Compact through parliament. I have been saying that my role is limited to an umpire. Every leader expressed their opinions on the compact. To which I have been very open to.”

The speaker said leaders also shared their views on the house deadlock.

According to a leader present in the meeting, Prime Minister Sher Bahadur Deuba insisted on moving the MCC Compact forward.

“In the meeting, leaders of major political parties also discussed initiatives to be taken to lift the obstruction in parliament,” said Sapkota.

The speaker added that important bills related to citizenship and civil aviation should be passed. The bills approved from the National Assembly and sent back to the House of Representatives should be passed.

Echoing similar views, leader of CPN (Unified Socialist) Jeevan Ram Shrestha who participated in the meeting said that the speaker called the all-party meeting in the context of running the parliament. A total of 42 bills, including citizenship, are stuck in the House of Representatives due to continuous obstruction by the main opposition CPN-UML.

The main opposition party, CPN-UML, has been obstructing parliament demanding the resignation of parliament. The UML, however, had boycotted the all-party meeting called by Speaker Sapkota.

UML leaders have been accusing the speaker of playing a role in splitting their party.

The MCC debate has yet again postponed the scheduled house meeting. The United States has given the government of Nepal a deadline of February 28 to endorse the compact from the Parliament.