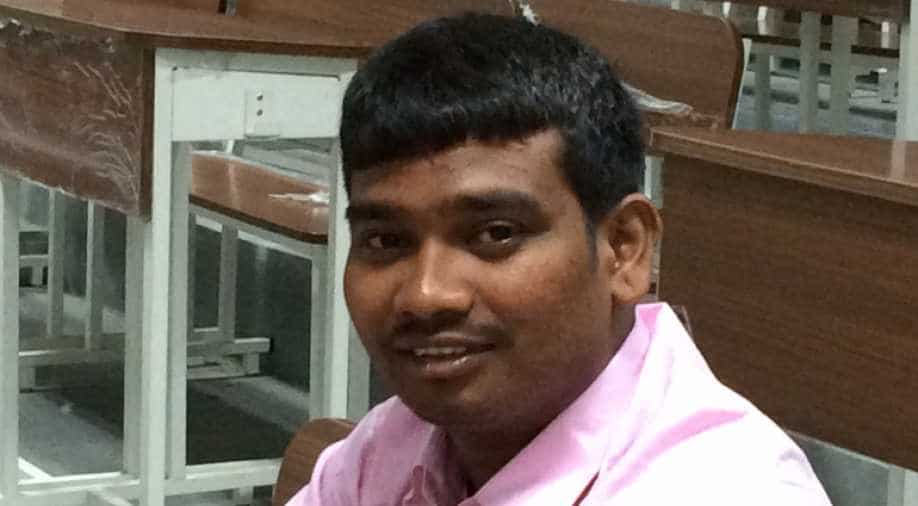 Bastar was some time ago called a media 'black hole' because the government was throwing out anybody who might have said something different from the powers that be. Photograph:( WION )

Bastar was some time ago described as a media “black hole”. There was no information coming out of there apart from "good news" because the government was evicting anybody who said something different from the powers that be.

The Bastar division is made up of the seven southernmost districts of Chhattisgarh. Together, they make up about a fourth of the state's land mass, or an area larger than Kerala.

The people hounded out of Bastar – allegedly by the police – included the Jagdalpur Legal Aid Group. Isha Khandelwal and Shalini Gera, the lawyers of JagLAG, now work out of Bilaspur in the north of Chhattisgarh, making a 14-hour bus journey each time they have to get to the court in Dantewada in Bastar, which is where most of their work is.

The journalist Malini Subramaniam left after the home she shared with her young daughter was attacked in the middle of the night.

In January this year, the researcher and human rights worker Bela Bhatia was attacked in her home. (She remains in Bastar.)

A local journalist, Prabhat Singh, was arrested, allegedy for a WhatsApp post that was critical of a senior police officer.

The truly frightening thing is that the finger of suspicion in most of these cases points to the police, or to vigilante groups allegedly encouraged by the police.

At the same time as these people were being made persona non grata, the police were reporting a massive surge in the “surrenders” of Maoist personnel.

A December 18, 2014 report in the Indian Express, for example, said that from June 1 to November 28 of that year, the police reported 377 Maoist surrenders. In the two and a half years before that, from January 2012 to May 2014, Bastar had had only 29 Maoist surrenders.

The person given the credit for the surrenders was Bastar Inspector General of Police SRP Kalluri, the seniormost policeman in the region.

The Express report however also added that:

“A scrutiny of police records and meetings with these 'surrendered' Maoists show that at least 270 of the 377 are actually ordinary villagers or routine criminals not eligible to be termed 'surrendered Maoists'.

Not one of the 377 surrendered with a weapon, and no one has got the post-surrender relief or rehabilitation. Over 80 per cent of those who surrendered continue living in their villages, the remaining ones in police camps.”

Kalluri was finally asked by the government of Chhattisgarh early this February to “proceed on medical leave” – a euphemism for “we're trying to figure out what to do with you” – after he responded rudely to people calling and texting him after the attack on Bela Bhatia.

He told one caller that Bhatia had died – she had not – he replied 'F u' to one text, and 'stop bitching' to another.

One of the people who was arrested on Kalluri's watch was the Bastar-based journalist Santosh Yadav.

Yadav spent almost two years in jail – he was charged with “associating with a terrorist organisation” and “supporting and aiding terrorist groups” – until finally being given bail by the Supreme Court in February this year.

In Delhi to speak on the report Bearing Witness: Sexual Violence in South Chhattisgarh by the WSS (Women Against Sexual Violence and State Repression), he spoke with WION at the University of Delhi.

Q: Have things changed after Kalluri?
A: Yes. The number of surrenders, and the number of adivasis being imprisoned have gone down, but the police are keeping an even closer watch on (Bastar's) villages.

Wait, that doesn't make sense. You're saying that the number of surrenders has gone down but the police are keeping an even closer watch on the villages...
Yes. Maybe they're doing it for the corporates. (Bastar is rich in minerals.) Maybe it means Kalluri is coming back.

Vikas (development) has gone up too.

What is 'development' for the Bastariya? Does it mean mining and big industry, like that Delhi University student was implying today?

No. For the Bastariya, development does not mean that. To him it means schools, hospitals, help with agriculture, and better roads.

You've spent a year in jail? Where is your case now?
I spent almost two years in jail. I'm out on bail. We got bail from the Supreme Court.

Where did you spend your time in jail?
I spent 15 months in Jagdalpur central jail. And four months in Kanker.

Why were you arrested?
You'll have to ask the police team that.

Okay. Why do you think you were arrested?
There are two villages, Badri Mohu and Boda Warah, about 12 kilometres from where I live, Darbha. The CRPF (Central Reserve Police Force) had beaten up villagers there.

The villagers called me, saying I would write about what had happened. So I went.

I met the TI (thana in-charge), Durgesh Sharma, there.

Later, I got a call from additional SP Vijay Panda. He told me not to write about Badri Mohu.

When I got there, IG Kalluri was there too. He said, “Stop writing about all of this.'

The whole problem had started because the police had picked up five men from Badri Mohu and Boda Warah. The villagers had been demanding that the police let them go. That is when they were beaten up.

When I said that – “You let those men go” – Kalluri told his men to arrest me.

If you were to try and explain Bastar to these University of Delhi students you talked to today, what would you tell them?
Bastar is very beautiful. It's very green.

But it's broken. Ever since the Naxals and the force (security forces) have come, it's been broken.

The force has done the most damage.

How do I explain the situation there, the system there? It's all broken.

Nobody wants to go anywhere because if you leave, you know you will go to jail.

Look at Darbha. The educated young men have left. They've gone to Hyderabad, Chennai, where they work as construction workers. But when they come back, the police put them straight in jail.

Do you think the students got what you talked about today?
No. They won't get it that quickly. It'll take some time.