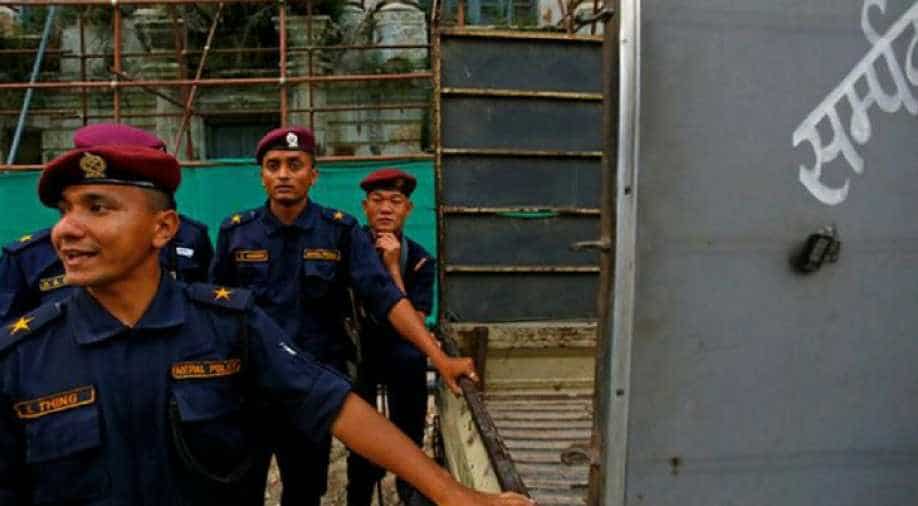 Just a day ahead of the nationwide strike, a series of bombs exploded at different parts of the capital city, killing four people and injuring seven others.

Several Maoist activists were arrested in Nepal as a general strike called by an outlawed communist group on Monday disrupted normal life in the country, a day after a series of explosions rocked the capital Kathmandu, killing at least four people.

Educational institutions and business establishments remained shut in major cities while traffic was thin due to the strike called by the Netra Bikram Chand (Biplav)-led Communist Party of Nepal to protest against the killing of its cadre during an encounter a couple of months ago.

Just a day ahead of the nationwide strike, a series of bombs exploded at different parts of the capital city, killing four people and injuring seven others.

Police said they suspect that the outlawed group that once split from the ruling Communist Party was responsible for the blasts as its members have been protesting the arrests of their supporters.

The bombings were the deadliest since the government imposed a ban on the activities of Chand-led outfit on March 12 following a blast outside its office in Nakkhu in Southern Nepal that killed one person.

A cadre of Chand-led outfit was killed on the spot and another was injured after a powerful bomb went off at a house in Ghattekulo in Kathmandu on Sunday.

The deceased has been identified as Prajjwal Shahi and is said to be the leader of CPN-aligned student wing. According to the police, he was making a bomb when it accidentally went off.

Police have found pamphlets belonging to the splinter Communist group at the explosion site.

Another pressure cooker bomb went off at a barber's shop in Sukedhara in Kathmandu, killing three persons and injuring four others.

Protestors torched a passenger bus in Surkheton Monday. However, no one was injured in the incident.

Home Minister Ram Bahadur Thapa has instructed the law enforcement agencies to step up the security in view of the violence that has erupted in the wake of the general strike.

The outlawed group split from the Maoist party, which fought government troops from 1996 to 2006, when its members gave up their armed revolt to join a peace process and mainstream politics.