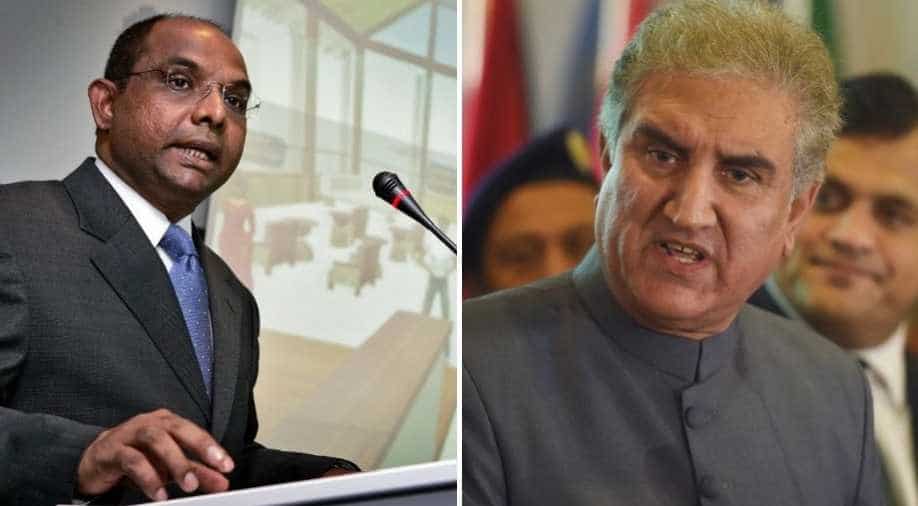 As Pakistan is trying to rake up Kashmir globally, the country found itself sparring with the Maldives over statements made by the foreign ministers of both countries after a telephonic conversation.

On Friday, Pakistan's Shah Mahmood Qureshi spoke to his Maldivian counterpart Abdullah Shahid during which Male made it clear that abrogation of article 370 was India's internal matter.

A statement from Maldives foreign ministry stated Shahid saying that the "Maldives viewed the decision taken by India regarding Article 370 of the Indian Constitution as an internal matter."

However, this was denied by Pakistan's foreign minister Qureshi during a press conference in Islamabad on Saturday.

The Pak High Commissioner to Sri Lanka on Tuesday met President Sirisena at the request of the former to brief him on India's internal decision on revoking Article 370.

A statement issued by Pakistan High Commission in Colombo said President Sirisena "offered Sri Lanka's mediation and facilitation of dialogue between Pakistan and India to re-activate the SAARC forum."

This was contradicted by Sri Lankan presidential office, which said, "President stated that both India and Pakistan have excellent friendly relations with Sri Lanka and its interest is to see the growth of regional cooperation and friendship", adding, "the president did not make any other comment on the issues pertaining to India and Pakistan."

India's neighbours in the region have backed New Delhi on its August 5 decision to repeal special status for erstwhile state of Jammu and Kashmir.

While Bangladesh, Bhutan, Sri Lanka and the Maldives have called it an internal decision, Nepal and Afghanistan have called Kashmir a bilateral issue between New Delhi and Islamabad.