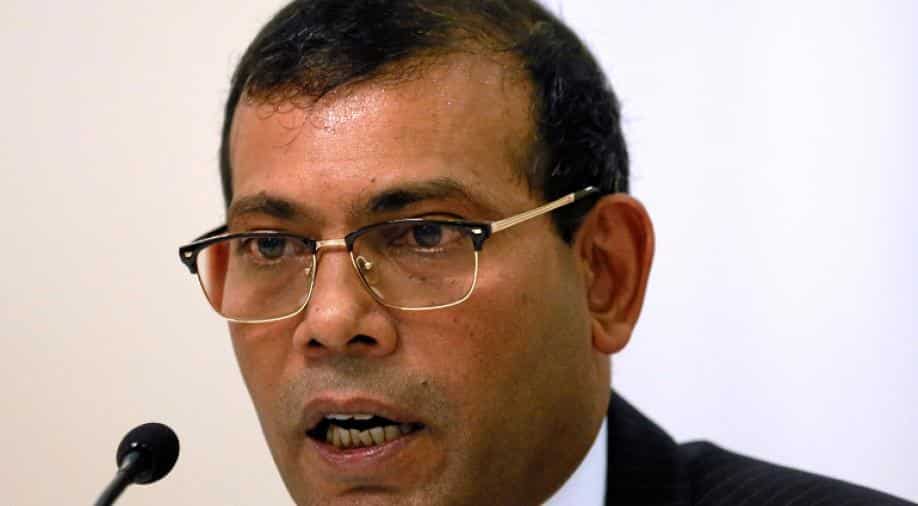 'The FTA is dead. It is not proceeding and it has to come to the parliament first for it to be implemented,' Nasheed told WION's diplomatic correspondent Sidhant Sibal.

Former Maldivian President and the incumbent Speaker of Parliament Mohamed Nasheed has said that for his country the Maldives-China Free trade Agreement, passed under the previous Yameen administration, is dead.

While speaking exclusively to our diplomatic correspondent Sidhant Sibal, Nasheed said the Chinese government needs to restructure the debt accrued in the Maldives due to Chinese infrastructure projects. Here is the transcript of the interview.

WION: What was the main focus of your India visit?

WION: What were the key issues you discussed?

Mohamed Nasheed: Three key issues that the Maldives is worried about. One is to see and make it certain that the Islamic State is not firmly established in the Maldives, to identify it and to uproot it and to destroy and to see that its ideology and view are not circulated, propagated in the country. That is one issue where we need assistance, ideas and cooperation. Among other issues is our debt to China. We feel that the debt is not real and the amount of assets created through quoted prices is not equal and therefore it will be very difficult for us to pay back via the assets created because it doesn't match to the debt. That is worrying and we must find ways to restructure them. We also spoke about climate change extensively and we are encouraged to believe that India is exactly on the same page as the Maldives. In 2008, when we went to Copenhagen, Indian government was not able to back the Maldives in its advocacy of 1.5 degrees. Right now, India is championing 1.5 degrees and is maintaining its carbon emission commitments. Looks like India will be able to meet its commitments well before the deadlines.

WION: Are you going ahead with the Maldives-China FTA?

Mohamed Nasheed: The FTA is dead. It is not proceeding and it has to come to the parliament first for it to be implemented. I don't see our parliamentarians having the appetite for it. In terms of other construction contracts, we must get the contracts done. We can't stop them halfway. It will not do any good to anyone. At the end of the day, we have to pay the bill but my point view is, the Chinese government must restructure the debt and it is up to them to do it and I hope they will do it.

WION: You talked about terror, the issue of Islamic State. How can India help you fight the scourge?

Mohamed Nasheed: India has around 200 million Muslims, it has the largest Muslim population and not one person went to fight in the civil war in Syria. So India must have done something good, something appropriate. We can learn a lot from India. Close cooperation exists between both the countries. We are very confident that we have a good grip on the situation and we feel the Maldives will be safe. Our police will be keeping a close watch on who is doing what.

WION: Your view on the Citizenship Amendment Bill?