MA Jinnah: the founder of Muslim politics as a modern phenomenon 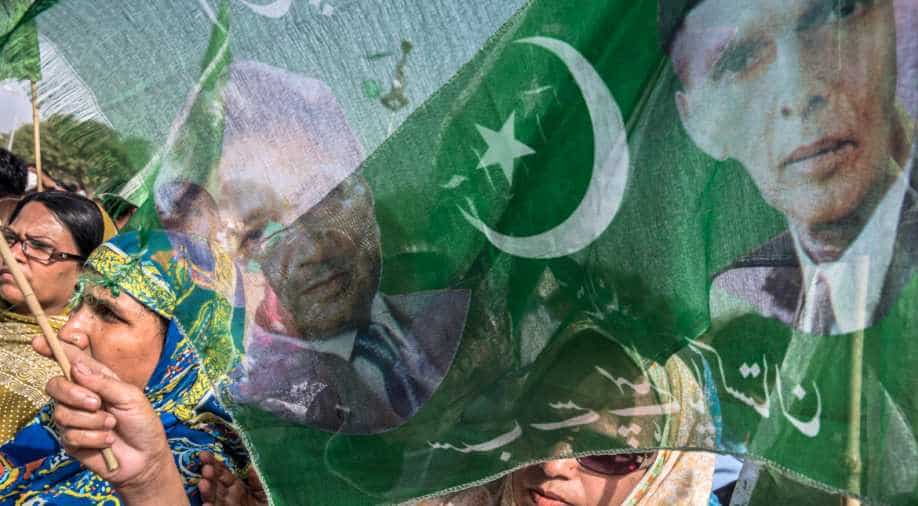 Has Pakistan lived up to the vision of its founder? Photograph:( Getty )

It is possible to imagine India achieving independence without a Gandhi or Nehru at the helm, and in fact, historians routinely quarrel about what freedom might have looked like for her without these founding fathers.

But nobody has ever been able to think of Pakistan’s birth without Mohammad Ali Jinnah as its father. Indeed historians regularly argue that if Jinnah had died a year before he actually did, Pakistan may never have come into being.

Though far less influential internationally than his illustrious rivals, Jinnah is the one indispensable figure in the history of India as much as Pakistan.

Globally, Jinnah is important because he invented Muslim politics as a modern phenomenon, one that could lay claim to the ideal, if not always the reality, of a civilian and democratic state. Thus, many decades after Pakistan had itself abandoned Jinnah’s ideals, they were explicitly adopted by Muslims in the Balkans.  Izetbegovic, Bosnia’s first president, and the great theorist of its independence as a modern Muslim state, found inspiration in Jinnah's ideas.

Like Pakistan, Bosnia is also a dysfunctional country created out of the massive violence of a territorial partition between religious groups. But even Islamists, who before Pakistan’s creation were still suspicious of nation-states and possessed little political imagination of their own, were forced to take on board Pakistan's democratic model at a time when the rest of the Muslim world was still made up of monarchies and dictatorships of various kinds.

Jinnah is important in the subcontinent because he subjected the basic categories of its politics, for e.g., nationality, electorate, federation, majority and minority to a remarkable constitutional interrogation. This practice of interrogation continues to inform the ideas and actions of all those who contest the status quo there.

Thus, in the last two decades important leaders of the Hindu nationalist BJP, ostensibly the antithesis of everything Jinnah stood for, have had to resign power and position after praising him in a speech and a biography respectively. Jinnah’s ability to reach out from beyond the grave and transform politics in the land of his birth is indicative of the fascination he continues to inspire.

Jinnah's career serves to exemplify an extraordinarily dynamic period in the political life of India, when the limits not only of European imperialism, but of liberal nationalism, as well, were being tested in creative ways much beyond the tradition of British political thought.

In many ways Jinnah’s radically novel idea of Pakistan, with its lack of any prior history, conceptual as much as geographical, and with its two wings audaciously separated by a thousand miles of Indian territory, belonged more to the twentieth century world of ideological politics on a global scale than to the nineteenth century context of nationalism, with its emphasis on common histories, geographies and traditions that were based on language or ethnicity as much as the belief that constituted the single foundation for Pakistan.

As founder of the “two nation” theory, Jinnah was often asked how Muslims constituted one.

Jinnah's standard response, running down a list of national characteristics, was always perfunctory, ending in the assertion that Muslims alone could fitly be described as a nation. But given the dispersed and diverse character of India’s Muslim population, Jinnah’s idea of nationality could have no blood-and-soil connotation. History, geography and everything connected to Muslims served to relate rather than distinguish them from Hindus, and in doing so allow them to remain nothing more than a minority.

Muslim nationality instead resided in nothing but the will alone, a self-sustaining and indeed devilish quality appropriately represented not only by Jinnah’s own solitary and arrogant character, but also by his clear rejection even of the Islamic past and India’s Muslim history in particular, which he on occasion compared to British imperialism.

This completely “unnatural” concept of nationality, of course, also made the Muslim “homeland” for which Jinnah fought mere instruments of a national will; Pakistan was unable to derive neither name nor notion from any past real or imagined.

Indeed, for Jinnah crucial about Pakistan was precisely that it was unprecedented. We might say that only by rejecting what was given to them by nature and history could India’s Muslims exchange the role of a minority for that of the nation. They wanted to define the nation in term of religion but religion itself was not conceived as the attribute of any particular population but rather as a universal idea or even an ideology.

This was why Muslim nationalism placed itself alongside other ideological movements like communism, for which factors like land or language were inconsequential. But if Muslim nationalism was to present itself as an ideology, or at least an idea transcending all that was given a people by history or nature, it could not be religious in any conventional sense.

It had, in fact, to secularise Islam by making belief and practice entirely nominal, thus doing something very different from the liberal confinement of religion to private life or the communist exclusion of it. And it was this lack of religious familiarity in the Muslim League that explains its rejection by so many Muslim clerics, who preferred supporting the Indian National Congress, which was pledged to continue the colonial policy of granting them jurisdiction over an Islam defined by personal law and ritual practice.

It also explains Jinnah’s much discussed and, yet, inexplicably popular lack of religious feeling, which for him was simply an historical accident that made a national will possible among India’s Muslims.

Jinnah had a low opinion of most Muslims and his close friends were, almost without exception, Hindus and Parsis, which meant that his claim to represent Muslims had little to do with any identity, history, culture or even interest that he might be said to share with his constituents.

Instead, Jinnah represented Muslims in the way a lawyer did his clients, which is to say by focussing on their objective interests and from outside their own sense of themselves.

This style of leadership seems to have been understood by Jinnah’s Muslim followers, who remained undeterred by all attempts to tar him as a half-English heretic who ate pork and drank alcohol.

So, when the retired ICS officer, Sir Malcolm Darling, embarked upon a horseback tour of northern India in 1946, speaking with country folk about their visions of the future, one of his Muslim interlocutors in the Punjab responded to a question about Jinnah’s distance from Islamic norms by repeating one of the Qaid’s own statements. Jinnah, he said, was a good Muslim leader because he could speak to Gandhi as a Khoja spoke to a Bania.

For as a Khoja, Jinnah was part of a trading caste of Gujarati Muslims who lived and worked alongside their Hindu counterparts and shared many Vaishnava customs and beliefs with them. In other words, it was the Qaid-e-Azam’s intimacy with his Hindu enemies that in the eyes of Darling’s pious Muslim interlocutor made him an ideal leader. 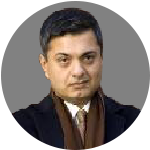