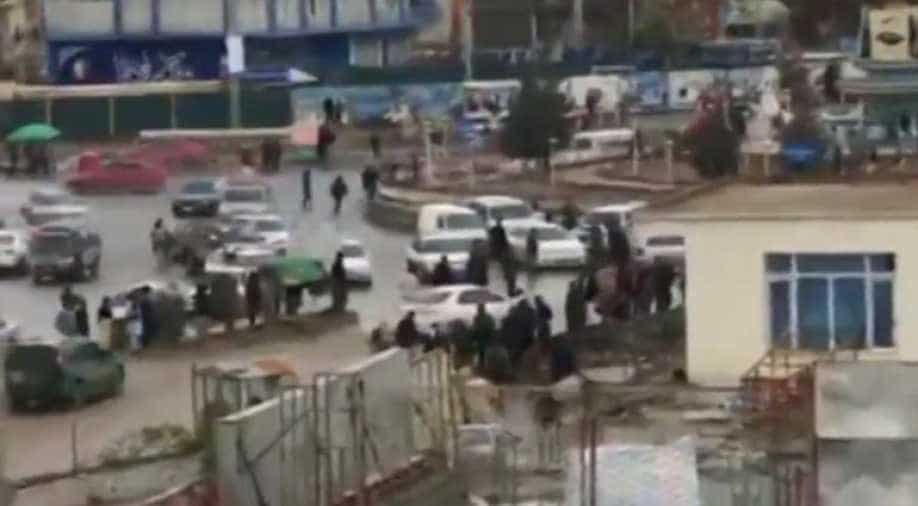 The explosion took place at Khair Khana near the Lab-e-Jar square in Kabul city. Photograph:( Reuters )

At least eight policemen and 10 civilians were killed in a suicide attack that took place outside a restaurant in Kabul on Thursday afternoon, security officials confirmed to Afghan channel Tolo News.

The explosion took place at Khair Khana near the Lab-e-Jar square in Kabul city. A number of senior officials of the Jamiat-e-Islami party had gathered in the area, the report added, citing eyewitnesses.

The officials were supporters of Balkh Atta Mohammad Noor, the chief of the mainly ethnic Tajik party and the powerful governor of the northern province, AFP and Reuters reported, adding that it was not clear if the politician was at the meeting at the time of the attack.

The attack took place outside a restaurant in the PD4 area (Reuters,Others)

A police spokesperson told AFP that the bomber tried to get into the building but was stopped at the security checkpoint where he detonated himself.

At least three cars were also destroyed, eyewitnesses told Tolo News. The area has been cordoned off.

Kabul has been rocked by a series of explosions in the last one year.

This is the second attack this year against a Jamiat gathering.

In June, at least seven people were killed and more than 119 wounded in three separate explosions at the funeral of a son of a Jamiat leader in Kabul. The son had been killed in a shooting during a protest rally the previous day.

Political tensions are up as politicians have begun jockeying for position ahead of presidential elections expected in 2019.