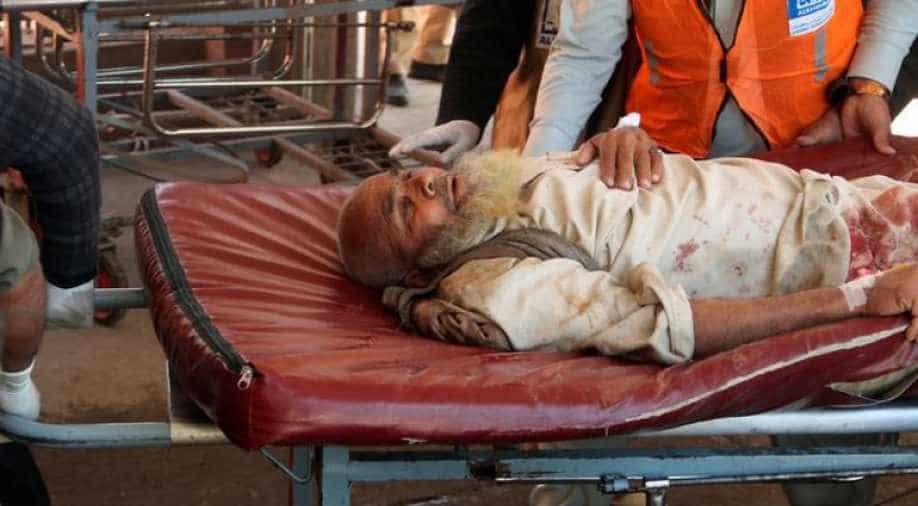 The Islamic State in Pakistan

Since November 2016, the Islamic State has increased its activity in Pakistan. The terrorist organisation killed 144 citizens and injured more than 300, almost all of them innocent civilians. This is a worrying sign of the group's increased activity in the country.

"Several groups in the region have been engaged, one way or the other, by the Islamic State," says Khadim Hussain, a Pakistani author and counter-terrorism expert. "All these groups actually belong to the Pakistani Taliban. Tehrik-i-Taliban Pakistan (TTP) established an organized cell of IS which was later acknowledged through a video message by Abu Bakr-al Baghdadi."

TTP is the umbrella organisation where almost all Pakistan's terror groups converge.

In 2014, The Express Tribune reported that a representative of the Islamic State visited the Balochistan-based terror group Jundallah whose spokesperson said the purpose of the visit was to assess the possibility for the Islamic State to establish a presence in Pakistan.

The IS in Pakistan is not a foreign presence though. There is no relevant influx of militants abandoning West Asia's battlefields to start over in Pakistan. It is a local network made of groups who are unsatisfied with the Pakistani Taliban leadership and fascinated by the IS' territorial acquisitions.

"If we, for instance, take the case of the Khyber Agency in Pakistan where Lashkar-e-Islam was active long time ago, we see that nowadays most of IS fighters present in the neighbouring Afghan province of Nangarhar belonged to Lashkar-e-Islam," says Hussain.

Control of territory is probably the most appealing factor: Pakistani Taliban exercises control over certain areas of Pakistan, mainly on the Afghan border, but they are still a non-state actor. They have never succeeded in becoming 'the state'.

The Islamic State is like a brand, anyone who is in line with its narrative can adopt it. Its central leadership often publicly recognises new affiliated groups, showing a capability of responding and addressing quickly to their global partners. In doing so, they normally do not impose their men from the centre, but rather rely on local networks.

"The Islamic State adapts to the context. In Pakistan they have local members, speaking the local language and they know and follow local traditions," says‎ Ijaz Khan, counter-terrorism policy consultant and professor at the University of Peshawar. "IS is the next level of Islamist extremism, it is the first strongly pan-Islamic organisation. Al-Qaida has definitely become secondary to them."

Fighters might not come from West Asia, but money does!

Every terrorist group needs to buy equipment, protection and must pay salaries. The Islamic State in Pakistan makes no exception.

"Reports of individuals who belong to the Islamic State or who are very close to it tell us that a large part of the money is transferred from the base of IS in the Middle-East. These are not small amount of funds, one can assume that 40 per cent of this money comes from criminal activities like kidnapping and extortion," says Hussain.

"There can be many ways to bring money to Pakistan, but perhaps one of the most common is through "Hundis". This mode of transferring money is yet to be arrested completely in the country," Hussain adds.

Hundis are bills of exchange, widely used by emigrants to send back remittances. This system is very common in South Asia, it operates through family or community connections and relies on trusted middlemen working outside the official bank circuit. It does not leave any track, making it a perfect way to avoid taxation and questioning.

Even if Hundi is formally illegal in Pakistan, it is a consolidated and ancient tradition and people value its secrecy and velocity. The Pakistani newspaper Dawn reported that in 2015 "as much as $15bn has been transacted through hundi and hawala in a year. The actual volume could actually be double the projected figure as reliable data is not available."

The tens of thousands Madrasas across the country could also play a role in funding terrorist activities.

"There is also, perhaps, the probability that funds are transferred to Madrasas and from there they are channelled to IS cells. There have been reports of many madrasas in Pakistan, and even in Islamabad which has been accused of collecting money and then sending them to fighters," says Hussain.

Following and stopping the money will be way more effective than military actions. The problem is that it could also expose high profile individuals who got corrupted to cover ambiguous financial operations.

Organised force is not enough

After the recent Lal Shahbaz Qalandar Sufi shrine attack, the Pakistani army launched a large-scale offensive. According to the military establishment, they killed more than 100 terrorists. There has been no attempt to verify this claim, nor to understand who was actually killed and the groups involved.

On February 22nd the army upscaled the game and launched operation Radd-ul-Fasaad, with the aim of "indiscriminately eliminating residual/latent threat of terrorism, consolidating gains of operations made thus far and further ensuring security of the borders.”

The risk, once again, is that the Pakistani army and intelligence agencies will differentiate between good and bad terrorists attacking IS affiliated groups and not touching others.

This has always been a losing strategy and the many attacks which keep taking place in Pakistan provide strong evidence. According to the Pakistan Institute for Peace Studies (PIPS) in 2016 there have been 441 terrorist attacks, claiming 908 lives. Despite a decline in the overall number of attacks, the PIPS report shows that "the number of people killed by Taliban and other groups with similar objectives increased by over 10 per cent." The same seems to be happening in 2017: in less then two months five major attacks specifically directed against civilians killed at least 130 people.

2016 has seen a decrease in the overall number of terrorist attacks in Pakistan. (WION)

"States of the region should not look at a phenomenon of competing forces. They should not think that the IS is going to compete against Al Qaida or that the IS competes against the Afghan Taliban," says Khadim Hussain. "All these organisations converge on few points: they all believe in the necessity to establish a global Khilafat (Caliphate). They also share the same opinion on what is called the 'clash of civilisations'. They truly believe it is Islam versus the West. Finally they all agree on the fact that jihadism must be the mode of fighting for Islam," says Hussain.

The Islamic State functions like a brand, whoever is ready to embrace its ideology is considered an affiliate. A military defeat is necessary, but the difficult battle will be in countering their theological and ideological production which is currently global and very appealing.

"The only solution for a long term dissolution of these terror networks is the construction of an alternative narrative. This has to happen alongside the use of force to destroy their bases and training camps and to cut out their supply routes," Hussain declares.