The intimate invitation: Deciphering the ideological appeal of the Islamic State 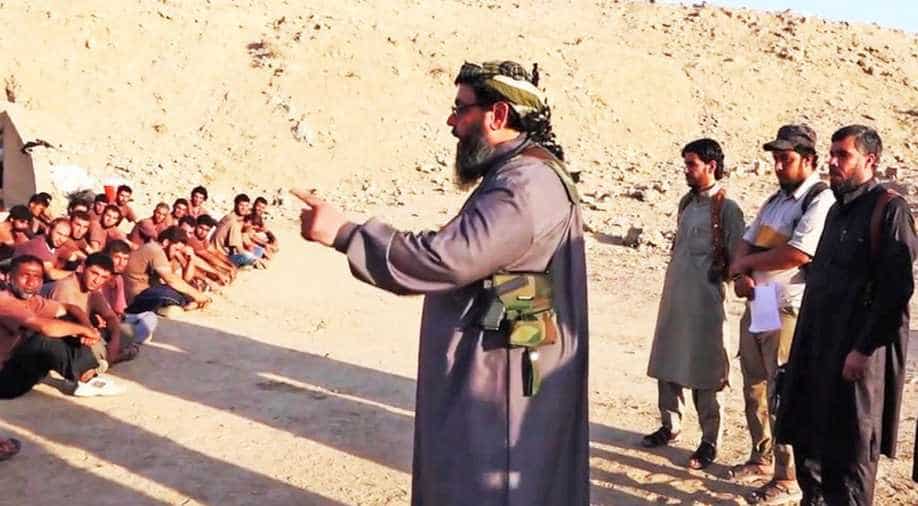 'War starts in the mind of the people': The most difficult battle against the IS will be in school curricula, in educational institutions, in madrasas Photograph:(Others)
Follow Us

The Commander of the Iraqi Counter Terrorism Service (ICTS), Lieutenant General Talib Shaghati announced on January 18th that his troops were in full control of the eastern part of Mosul.

The city, located in northern Iraq and once home to a population of 2.5 million, is the last stronghold of the Islamic State in the country. The offensive to retake it started on October 17th and the terrorist organisation is now completely isolated on the western side.

After more than one year of battles, a military victory against the IS in Iraq appears to be close. According to Lieutenant General Talib Shaghati it could happen in three months.

If this is true, it is good news for a country which deserves peace after 13 years of conflict. But, military victory won't be enough to eradicate the Islamic State from Iraq and generally from West Asia.

The Islamic State will never give up fighting for a Caliphate, or for the idea of it

Even if the IS is still in control of significant parts of Syria, it is a 'state without a state'. The organisation aims at becoming a Caliphate, a transnational entity where all the Sunni Muslims of the world will live under one single banner.

Caliphate is not the original idea of the IS, it belongs to the history of Islam.

After the death of the Prophet Muhammad in 632 AD, the majority of Muslims lived for centuries under a Caliphate, spreading from Spain to Afghanistan, through North Africa and the Arabic peninsula. Internal fights and dynastic struggles brought it to an end.

The idea of Caliphate came back in the 18th century, when the leadership of the Ottoman Empire used it to contrast their decline and strengthen their position in the Muslim world.

The Islamic State will never give up fighting for a Caliphate, or for the idea of it.

In a conventional war between countries, there are winners, losers and a binding agreement which clearly states the end of hostilities. The war against the IS has nothing to do with it.

Fighting the IS is not a matter of retaking or defending territories: it is not against a regular army, it is a war against a state of mind.

Politics and the recent Russian, Turkish, Americans, British, Iranian and French military actions in West Asia played – and still play – a big role in the support for the Islamic State. Many people in the region accuse foreign powers, mainly the US, of having toppled governments and of disrupting peace only to put their hands on oil. It is common, over a cup of tea on the streets of Iraq, to hear people complaining that the US have installed puppet and non-representative governments only to pursue their interests.

This suspicious attitude towards the US partially helped the IS to conquer large cities with little effort. The black-dressed, long-bearded fighters were often perceived as an element of stability, truly interested in the fate of West Asia. As Major General Najim Abdullah al-Jubouri, the Iraqi commander-in-chief of the Nineveh Operation, said during an interview with this reporter in the al-Qayyarah military base: "No group could have succeeded like this without the support of the people. The most important thing is the relation with the people."

Defeating the organisation on the battlefield is undoubtedly mandatory. It will deprive them of their territories, hitting hard the image of power they want to impart and their desire to present themselves as an actual state.

It is an ideology meant to survive men, to cross geographical boundaries

The biggest threat that the Islamic State presents to the world does not lie in their weapons though. It lies in their ideology, in their interpretation of religion and the Quran.

Even if the IS loses this war, it has already won in creating a sort of 'theological package', a readymade set of rules which can potentially be picked up anywhere in the world. It is an ideology meant to survive men, to cross geographical boundaries.

The power - and the danger - of this 'theological package' lies in its apparent religious and political legitimacy.

The Islamic State draws fully from Islamic traditions, or at least from what they claim to be the tradition. They call for a return to the pure values of the early Islamic society, to a world ruled directly by the literal interpretation of the Quran, the word of God.

It is not difficult to understand the appeal that all this has to more than 1.5 billion Muslims in the world. This call-to-action takes advantage of individual religious beliefs and generates powerful responses. It is a very intimate invitation to a worldwide community of believers to live strictly by the words of God and to fight all those who are trying to prohibit it.

This is not at all a Muslim specificity. If exposed to the same level of propaganda, Christians, Jews, Hindus and others would probably respond to such a call in the same way.

The terrorist organisation is well aware of all these factors. It uses all these elements in the many propaganda videos we have seen, where the language is simple and the message is direct: we live by the word of God, we are the only true believers and we defend the honor of our religion against foreign attacks.

The world is divided into two parts: Muslims and non-Muslims. The West is bad: they enslave and attack Muslims since centuries and want to force them to abandon Islam. The Islamic State is good and jihad – the holy war – is the only way to re-establish a truly Muslim state ruled by the word of God.

Tradition is a dangerously undefined and flexible concept which, if duly manipulated, can be easily used to justify the most heinous actions

The prophetic view of the IS relies primarily on the words of one single man, the Sunni theologian Ibn Taymiyyah, one of the most controversial Islamic scholar who lived between the 13th and the 14th centuries. His writings are believed to heavily influence the ultraconservative Wahhabi school of Islam, to which the Islamic State pledges allegiance.

There has hardly been another organisation as rigid as the IS in its views. It never doubts about its legitimacy, it is absolutely not open to any sort of debate and uses tradition to its advantage to justify all its actions. They believe that the literal interpretation of Quran, the word of God, cannot be subject to debate, and living by it cannot possibly be wrong.

The Islamic State is not the first organisation to use tradition to legitimise its projects and actions. The Fascist regime in Italy, for instance, built an enormous consensus on the idea of being the legitimate continuation of the Roman Empire and therefore be absolutely entitled to invade Lybia, Ethiopia, Eritrea, Somalia and part of the Balkans. Tradition is a dangerously undefined and flexible concept which, if duly manipulated, can be easily used to justify the most heinous actions.

There has been no, and can never be, only one single stand. The Muslim world, with his schools, interpretations and debates is a perfect example of this.

The Islamic tradition is not fixed, it is the result of centuries of studies and very detailed and profound discussions - a rich and diverse environment through which many practicing Muslims learn and better understand their religion. It is a heritage which evolved in time, trying to find its way in the natural evolution of societies. To say it with the words of the Syrian Islamic Scholar Muhammad Abul Huda al-Yaqoubi: "It is important to follow a school, not a man. Schools spread their activity on a period of 1,200 years."

The most difficult battle against the Islamic State will be in school curricula, in educational institutions, in the millions of madrasas all over the world. It is a struggle which lies in the teachings of scholars and imams. There is no space for foreign intervention in this process.

Borrowing once again the words of the Muhammad Abul Huda al-Yaqoubi: "We need to produce a young Muslim who knows that killing a non-Muslim is haram (an act forbidden by Allah). We need Muslim scholars telling how to save minds of the next generation from being wasted. War starts in the mind of the people."