Is alternative transport safe for women? 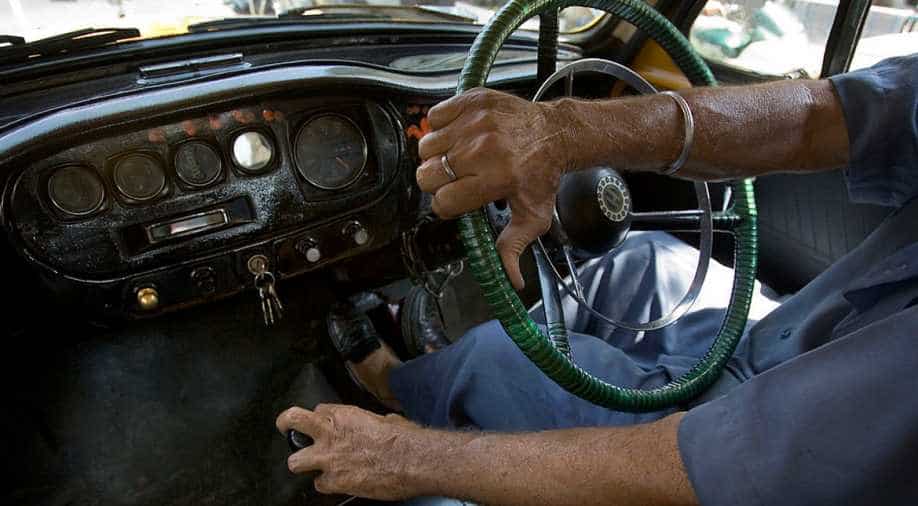 After the Delhi Uber rape case of December 5 2014, the government took initiatives to sensitise taxi drivers as well as provide fitness certificate for vehicles. Photograph:( Others )

Probalika Baruah, a resident of Delhi, recently narrated on Facebook her horrific experience with an Uber driver. The alleged claims were harassment, stalking and misbehaviour by the Uber driver. It took mere seconds to garner public interest in the event. The social media was abuzz with fear and apprehension.

The media scrutiny on such issues makes us wonder about the poor standard of safety and security that women suffer from on the Indian roads. Another unfortunate incident happened last year when Kayum Pegu died because negligent and rash driving of some other Uber cab driver. With the growing number of such cases, the transport department officials in Delhi and Karnataka plan to ban Uber POOL and Ola Share.

Incidentally,  services, such as Uber POOL and Ola Share were formed, primarily, to help “decongest cities”, provide “cost effective” transport and ensure “ease of use”.  The government, however, claims that such services are “illegal”. The Detroit-based consultancy firm Urban Science's managing director in India, Amit Kaushik emphasised, “even though it is economical for the riders, but it is a security concern”. He suggested, “security concerns are a big problem, and these services should be restricted if regulations are not in place”.

The future of alternative transport in India was uncertain a few years ago. As a security measure, the government authorities temporarily banned the app-based transport network. However, banning might not be the ultimate solution to mitigate the crisis situation. Ideally, the situation should be closely analysed and gradually resolved. Safety cannot be guaranteed, although greater harm can be avoided through the adoption of preventive measures.

According to Thomas Frey, the Senior Futurist at the DaVinci Institute, “industry challenges, global demands and consumer trends” will define the future of automobile transportation. Thus, to resolve the crisis,  the concerned sector has to identify challenges of alternative transport, understand the disputes that have been impacting the industry as well as track consumer trends.

Evidently, customers prefer comfortable rides with personalised services; they want drivers with knowledge of the local areas; they look for convenient access to the cabs from any part of the city and disable-friendly services. It is seen that the attractive business model is successfully luring riders to this new mode of transport. The bottom line is the app based aggregators are helping consumers who cannot afford a car or do not wish to purchase a car with the daily commute.

How to tabulate welfare?

Clearly, understanding the preferences of a consumer is singularly significant. In his bestselling book ‘Connect’, John Browne identifies how companies that potentially keeps society’s welfare in mind do comparatively well. To support his claim, Browne pointed out to the sustainability measures of Unilever. The business model, which the company adopted, substantially reduced water usage by 32 per cent (2008) and it helped boost revenues to 48 billion euros in 2014.

Browne, therefore, urges that companies should be “far-sighted enough to make friends before they need them and to communicate in a language that exudes authenticity rather than propaganda”. Similarly, for alternate transport to flourish, safety and security of the passengers should be the prime concern.

In India, companies have installed an SOS button in the apps as a safety measure. The current government in Delhi has also done the same in every new taxi. The spokesperson of Aam Admi Party, Nagendar Sharma has pointed out that licenses are to be provided only to taxis with the subscribed technology. Hopefully, installation of the new sophisticated technology will help to alert everyone nearby in case of an adverse situation.

After the Delhi Uber rape case of 5th December 2014, the government took the initiatives to sensitise taxi drivers as well as provide fitness certificate for vehicles. The classes for the same were organised both by Institute of Driving and Training Research and Driving Training Institute, Delhi. Though such initiative was launched, the outcome of the training program is yet to be made public. Moreover, the government also needs to encourage training of women drivers.  The step will go a long way towards promoting gender sensitivity in a profession that has for long been dominated by men.

Ensuring welfare will also entail checking if the drivers are abused. Ideally, safety measures should have a balanced approach. There has been an influx of evidence, suggesting that passengers have abused the drivers.  We often ignore drivers can be abused too. Drivers have often endured physical abuse from drunk and rude passengers. For instance, Dr. Anjali Ramkisson, a medical student, was caught abusing her Uber cab driver. Victim of abuse can be a rider or a driver, depending on the circumstances of the given situation. Whereas the former is reported often, the latter is routinely ignored.

Is the existing fear just a fallacy?

Having said that, clearly, it is the women who are more “at risk” than any other community in this matter. With growing economy there is an increase in demand for cab services, shifts are no longer uniform, erratic hours are a risky business for women to commute. The affluent women at work are blessed compared to those who migrate to cities for jobs or belong to the middle-class. In this given scenario, providing safety and security can help reduce the crime rate. Women mostly fear when there is no clear line of sight of their surroundings, for example, nooks and corners, tunnels, underpass. This leads to anxiety and fear.

Thus, dialogues should be encouraged to increase awareness on safety issues of women riders. Other than identifying the risks, there should be more research on crime hotspots in a particular city. Safety and security initiatives should be tailored to fit the particular needs of the communities. We must understand that the fear of being victimized is high among women.

In a novel measure, the DaVinci Institute predicts the installation of latest technology has the potential to revolutionise the transport industry. For instance, WiMax will help a person virtually see another person; it has the ability to “blanket the entire country with vibrant high-speed wireless communications”. The CarSafe app, developed by the students of Dartmouth University, detects dangerous driving behaviour with the help of the dual camera of the smartphones; it monitors and detects when the driver is exhausted or distracted with the front camera.

It has been witnessed women in India do not prefer jobs particularly if they are hired for night shifts and adequate transport facilities are not provided. The idea of a free society diminishes if women are not allowed to work at par with a man. Thus, for the sake of a more equitable society, it is imperative that we have safer mode of transport.

A lawyer turned policy wonk who revels in breaking gender stereotypes through her speech and expression.