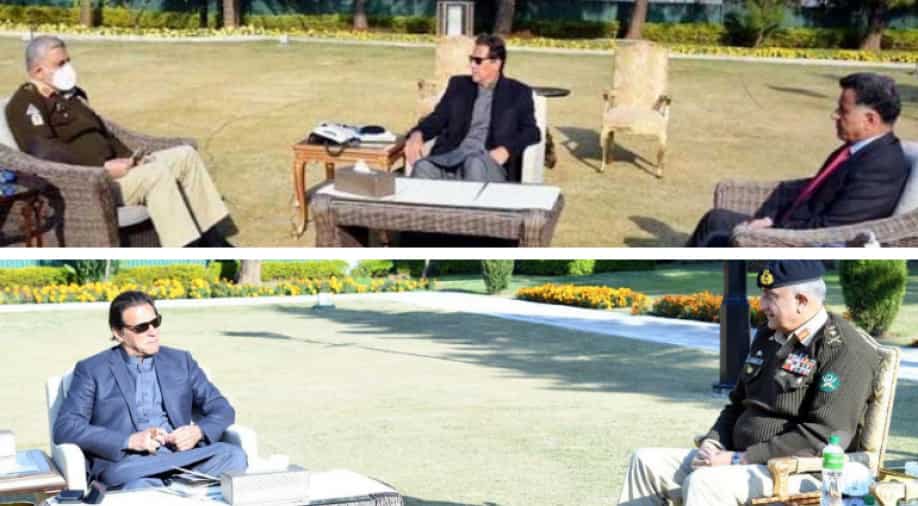 It is often said that a picture is worth a thousand words. The adage is much more pronounced in the case of Pakistan Prime Minister Imran Khan and General Qamar Javed Bajwa, Pakistan’s Chief of Army Staff, whose photo suggesting “not-so-friendly” ties was shared on Twitter.

In the photo shared on Wednesday, General Bajwa was seen seated on a chair next to the prime minister. While in earlier pictures, the all-powerful army chief found his place on sofas.

According to local media, Bajwa was at the Prime Minister’s House to discuss the security situation in the region.

During the meeting, professional matters pertaining to the Pakistan Army was discussed, the Prime Minister's Office said on its official Twitter account.

However, more than the meeting, it was the photo of Bajwa and Khan that drew the attention of many.

The twiterrati in Pakistan believe that there is symbolism in the picture and that it exhibits the current equation between the two.

It has been well established that the government runs on the mercy of the army and the ISI, Pakistan’s intelligence agency.

Several opposition parties have dubbed Khan as “puppet PM” and claim that the 2018 election, which saw Khan staking claim to power, was rigged by the Pakistani Army.

But of late, the relationship between Khan and General Bajwa seems to be going on a downward spiral.

The differences began over the appointment of Lt Gen Nadeem Ahmed Anjum as the new director-general of the ISI.

While Anjum, who is favoured by Bajwa, is scheduled to take over as DG (ISI) on November 20, Khan reportedly has been hoping to retain Lt Gen Faiz Hameed, the incumbent ISI chief.

There is also the case of extending Bajwa’s tenure, which is coming to an end on November 28, 2022.

Also read | Pakistan slips to 140 in corruption index; find out about India, US & others

Khan said that he enjoyed an “unprecedented relationship” with the military leadership but had not thought about extending the tenure of Bajwa, the Dawn newspaper reported.

Apart from that, there have been reports that the Army had been in touch with former prime minister Nawaz Sharif, who is presently in London and is facing a slew of charges on various corruption cases back home.

According to a CNN-News18 report, the Army had asked Sharif to come back and that his presence was needed in Pakistan politics.