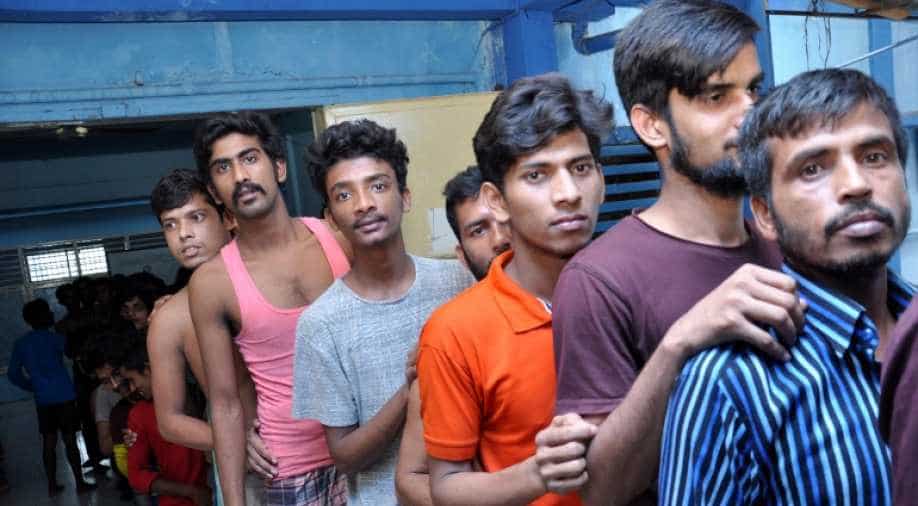 The men entered Indonesia as tourists via Bali and the city of Yogyakarta with the intention of going to Malaysia for work, North Sumatra's immigration chief said.

Indonesian police found 193 Bangladeshis locked up in a shophouse after human traffickers had lured them with the promise of getting them to Malaysia, an immigration official said on Thursday.

The men entered Indonesia as tourists via Bali and the city of Yogyakarta with the intention of going to Malaysia for work, North Sumatra's immigration chief said.

"They are victims of human trafficking and were lured here," Fery Monang Sihite said by telephone, adding that the men had been locked up in Medan on the island of Sumatra.

The men, who were described as in a healthy condition when they were found on Tuesday night, had been taken to an immigration detention centre and would be sent back to Bangladesh, Sihite said.

One of the men, named as 39-year old Mahbub, was quoted by online news portal Tribun Medan as saying that some of the group had been held by the traffickers for three months.

"All of us were conned. The destination was meant to be Malaysia. We left from Bangladesh to Bali and arrived here after taking a four-day bus trip," Mahbub was quoted as saying.

Reuters could not immediately reach the men or police for comment.

Authorities were first alerted to the case after neighbours had reported hearing suspicious noises coming from the building, according to media.

Sihite said the men were not Rohingya Muslims.

Hundreds of Rohingya have landed by boat in Sumatra in recent years after fleeing Myanmar and Bangladesh, often intending to reach Malaysia.

Myanmar regards Rohingya as illegal migrants and has confined tens of thousands to sprawling camps in Rakhine state since violence swept the area in 2012.

More than 700,000 Rohingya crossed into Bangladesh after fleeing an army crackdown in the north of Rakhine, according to U.N. agencies.