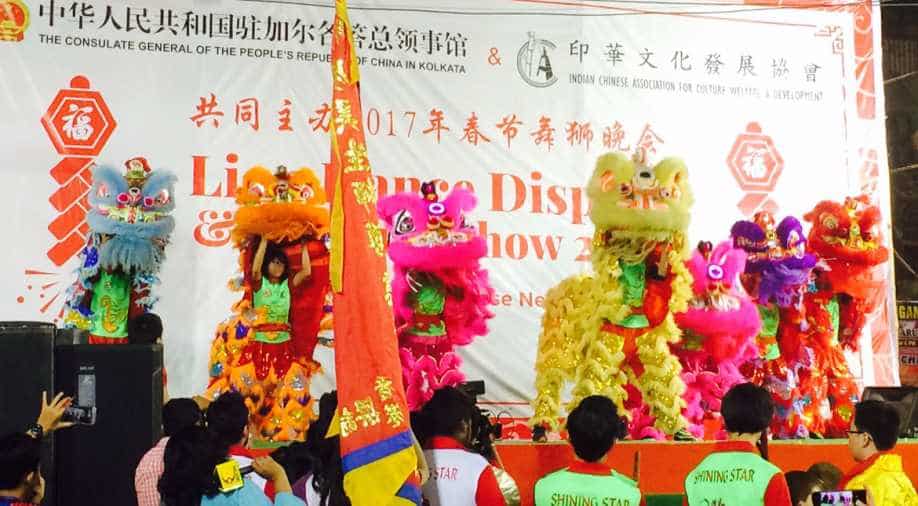 The Chinese New Year celebrations begin several days ahead of the New Year?s Day in both the Chinatowns Photograph:( WION )

The Chinese New Year - The Year of the Rooster - begins on January 28 and India's very own Chinatown in the eastern state of West Bengal is ringing it in with much fanfare and fervour.

Bengal’s capital Kolkata, has many third and fourth generation Chinese families settled in the southern fringes of the city -– Tangra, also known as Chinatown.

Many Chinese families refer to this settlement as the new Chinatown, the old being the settlement in Central Kolkata, in and around the Tiretti market.

The Chinese New Year celebrations begin several days ahead of the New Year’s Day in both the Chinatowns – new and old. The old Chinatown near Tiretti market has hundreds of families residing in the area and they all come together to celebrate their New Year.

A stage is set up every year, at the ‘Chhata Gaali’, famously known for its early morning Chinese breakfast and several song and dance performances are held. However, the main attraction is the dragon dance that everyone awaits.

Like every year, even this year, a day before the Chinese New Year, groups dressed in colour-coordinated clothes have been mesmerising audiences with the lion or the dragon dance for the past two days. Adjacent to this lane, there is a Chinese temple, where groups perform the dragon dance too.

The community has an association and they plan the celebrations much in advance.

A handful of these families run small restaurants attached to their homes and on the days of the festivals they put up stalls too.

The scene is no different at Tangra.

Chinese families settled in this area were seen enjoying the dragon dance on Friday. However families pointed out that they look forward to the fete held at the Pei May Chinese School at Tangra on the New Year’s Day.

“Days before the New Year's, we clear out our houses and decorate them with lights. Two days before the New Year’s Day, groups and children performing the dragon dance come to our homes and we offer prayers. This is the only time when all the Chinese families living in the city come together. But the main attraction is the fete held at the Pei May Chinese School. A dinner is organised there and we get to play many games at this fete,” said Fiona Chen, a third generation Chinese living in the city.

However, over the years, the dwindling Chinese community living in complete harmony among other ethnic communities like Anglo-Indian, Jews and Armenians have started moving to the west.