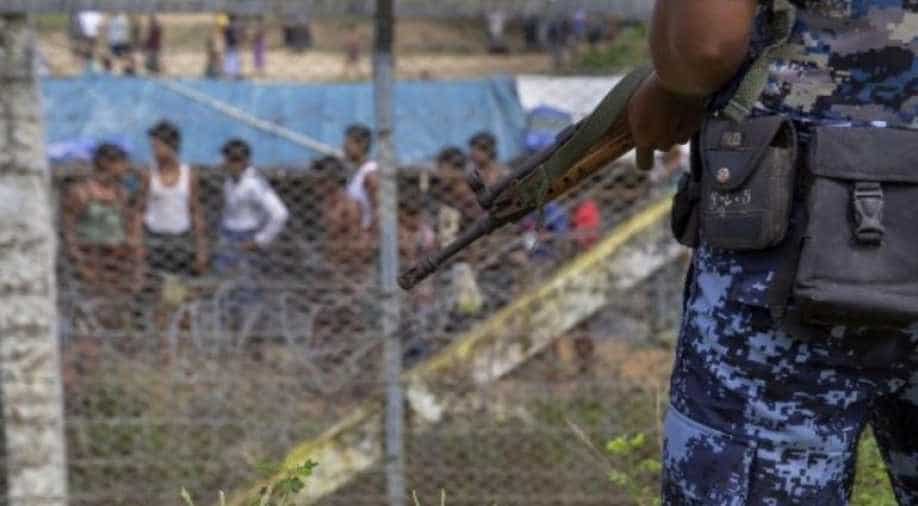 The Arakan Army (AA) have changed tactics in recent weeks in their increasingly vicious battle with Myanmar troops taking mass hostages along rivers and roads in the large western state.

An Indian construction worker died while being taken hostage with several compatriots by insurgents in Myanmar's conflict-scarred Rakhine state, rebels and the government said Monday.

The Arakan Army (AA) have changed tactics in recent weeks in their increasingly vicious battle with Myanmar troops, taking mass hostages along rivers and roads in the large western state.

But it is the first time they have captured foreign workers in the resource-rich area, which hosts a series of infrastructure projects linking India and Myanmar.

Ten people, including five Indians and a lawmaker from leader Aung San Suu Kyi's National League for Democracy, were seized by AA fighters on Sunday in the northern part of the state.

The rebels confirmed the 60-year-old worker's death as the group were marched up a hill.

"Unfortunately he suddenly died from exhaustion... we did not do anything to him," AA spokesman Khaing Thukha told AFP.

"We did not target the Indians," he said, but rather the MP.

The rest of the group were released but the MP was held for questioning, said Soe Htet, a government official from the lawmaker's constituency in nearby Chin state, adding the body of the dead man was also sent back.

The AA, which is fighting for greater autonomy for ethnic Rakhine Buddhists, has previously carried out ambushes, assassinations, and bomb attacks.

But it has resorted to daring abductions of security forces in recent weeks.

A number of hostages seized by ethnic Rakhine rebels in a raid on a ferry packed with scores of police and soldiers were killed last month.

The rebels said they were killed by the military while in pursuit, but the army denied they were responsible and blamed the AA.

Rakhine is the same area where the military drove out more than 740,000 Rohingya Muslims in a 2017 campaign U.N. investigators have called genocide.