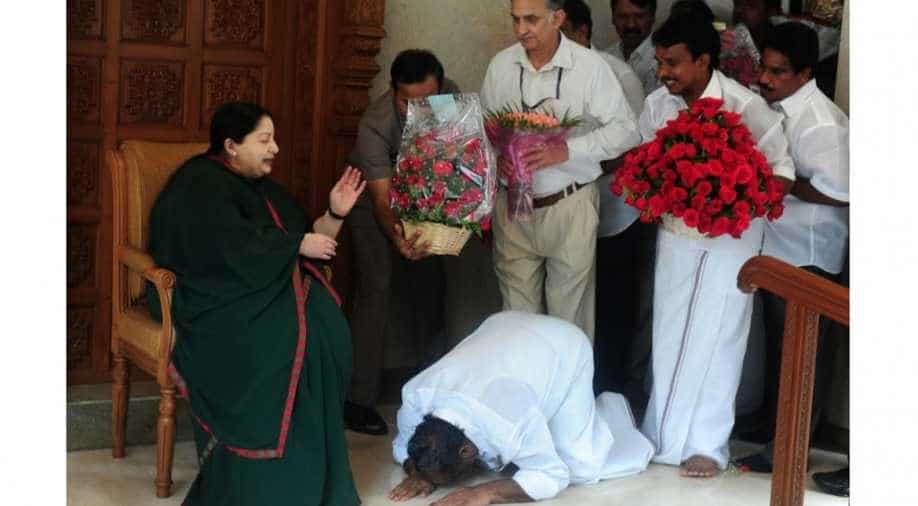 Indian politician Jayalalithaa Jayaram, who enjoys a cult-like following among her supporters, continues to remain on life support.

People clashed with each other outside Apollo Hospital, where the 68-year-old politician is being treated at the moment, a day after she suffered a cardiac arrest.

Hundreds of policemen had to step in when they tried to break the barricades deployed outside the hospital.

The situation was grim in the evening as there were unconfirmed reports flashed by local TV channels about Jayalalithaa's death.

Apollo Hospital had to release a statement quickly to placate her supporters, saying that reports of her death was "baseless" and "false".

"Our team of expert doctors continue to closely monitor and treat the honourable chief minister. However her condition remains critical,"  the hospital tweeted on Monday.

Our team of expert doctors continue to closely monitor and treat the Honourable Chief Minister. However her condition remains critical.

Hundreds of supporters have been camping outside the hospital as they keenly wait to hear a sliver of good news.

"Everybody feels that she is our mother and her illness is like our family, our mom has been affected so, we are all here ever since we heard the news. She`s a fighter, she has always been, whatever the odds, she had fought very bravely and she has emerged successfully. This time also she will come (out) successfully," said a supporter.

Prayers were also being held across the state for her speedy recovery.

There were many more supporters who were seen crying as news updates failed to cheer them up.

"Amma should survive. I won't mind if my life is taken away, but Amma should live," one supporter cried.

She was hospitalised on September 22 after complaining of fever and dehydration.

On Sunday, Jayalalithaa's party AIADMK had told media corps that she had recovered and was undergoing physiotherapy. But hours later, Apollo Hospital said she suffered a cardiac arrest, gripping the entire state with anxiety.

The administration has deployed a heavy security apparatus: 1,000 police officers have been stationed outside the hospital, and anti-riot task force has been asked to remain alert.

Local media reports said some Chennai schools would remain closed, while the US consulate in the city said it had suspended services and warned Americans to exercise caution.

Indian health minister JP Nadda said, "We are in constant touch with Apollo and Tamil Nadu Government. They had requested a team of doctors from AIIMS. We have sent a team of specialists from AIIMS, Dr Khilani, Dr Trikha, Dr Narang and Dr Talwar. We hope that doctors from AIIMS and Apollo will be able to help in her recovery. We pray to God that she regains her health."