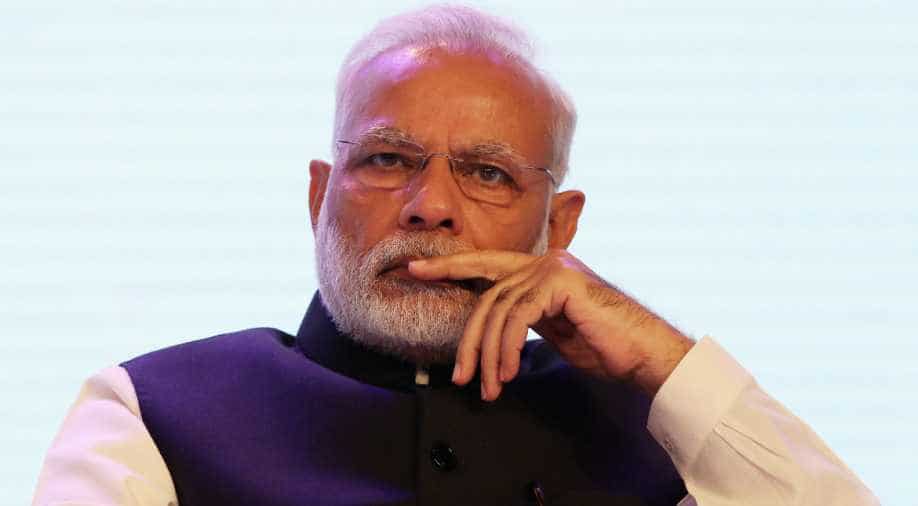 Hitting out at critics, Modi said that those criticising his decision were 'sad that they didn?t get any notice, a chance to prepare for the decision'. Photograph:( Getty )

Indian Prime Minister Narendra Modi said on Friday that demonetisation is “for the larger social good”, amid mounting criticism following his decision to withdraw all high-denomination banknotes from circulation.

"The decision isn't being criticised much (by the common man)," Modi said in a speech Friday, in which he praised citizens as "soldiers in this fight against corruption and black (unaccounted) money", AFP reported.

"Some things have to be done above politics for the larger social good," he added.

According to AFP, Ratings agency Fitch has said it would revise down India growth forecasts for the fourth quarter of 2016 after the shock move.

Critics have slammed the Modi government for its "shoddy implementation" of the scheme, that has led to chaos outside banks and ATMs.

Hitting out at critics, Modi said that those criticising his decision were “sad that they didn’t get any notice, a chance to prepare for the decision".

"It is such a great step. A big, big decision. And, for those who dream of a great future for the country, let`s come together to remove the problems being faced by the common man," he added.

People nationwide have complained of a cash-crunch. Rural areas are reported to be the hardest hit as local banks and post offices have been slow to receive new notes.

"Every person has a right to spend his or her money. No one can take anyone`s money. Now people can also spend through mobile technology," he said, mentioning that the country had around a billion mobile handsets and 60 per cent of its population was under 35 years.