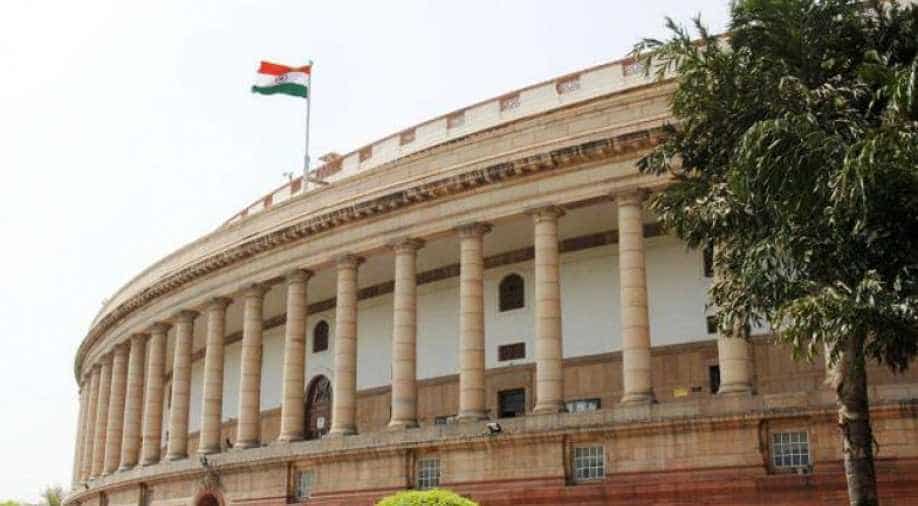 Mamata Banerjee-led TMC accused the government of 'sinister' designs behind the move. Photograph:(Facebook)
Follow Us

Parliament erupted in protests over the deployment of the Indian Army at toll plazas across West Bengal with the state's ruling party, the Trinamool Congress (TMC),  accusing the federal government of "sinister designs" and the government maintaining that it was a routine exercise conducted in full knowledge of the local authorities.

The row started after West Bengal Chief Minister Mamata Banerjee alleged yesterday that the Army was deployed at the behest of the federal government at 19 toll plazas in the state without taking her government into confidence.

Mamata Banerjee, who is camped at the state secretariat, has refused to budge from there until the army retreats across the West Bengal plazas. "What happened that central government did not deem it necessary to discuss with state government before deploying Army. Army, which is there for the protection of people, is now being used for political purpose. They are now doing political work," the West Bengal chief minister alleged.

The ruling party in the state of West Bengal has accused India's central government of deploying the army in various parts of the state. Calling it similar to a military coup. (WION)

TMC leaders in both Houses alleged that neither the state government, nor local administration including police were taken into confidence nor was their permission sought before the exercise.

The main opposition Congress also asked the federal government how such an "unprecedented move" to carry out an army exercise was done without taking state government into confidence.

The minister said that a similar exercise was also being conducted in the states of Arunachal Pradesh, Manipur, Nagaland, Tripura,  Meghlaya and Mizoram and similar operations had already been conducted in Uttar Pradesh, Bihar and Jharkhand last month.

The purpose of these exercises was to collect information on heavy vehicle movement that could be used during national emergencies, Parrikar said.

"It was very unfortunate that army has been dragged into an unnecessary controversy," he added. "It was political frustration rather than projection of correct situation."

Parrikar also said that originally the exercise was planned for November 28-30 but was shifted to December 1 and 2 at the request of Kolkata Police as those dates were clashing with the protests against demonetisation.

"Concerned officials were informed in West Bengal. The original date was fixed for November 28 to 30 but due to Bharat Bandh (all-India strike), the local police had advised the army to shift it to December 1 and 2," he said. "Due to traffic congestion, the exercise is being done with the help of local police."