Indian home minister to embark on two-day visit to Kashmir 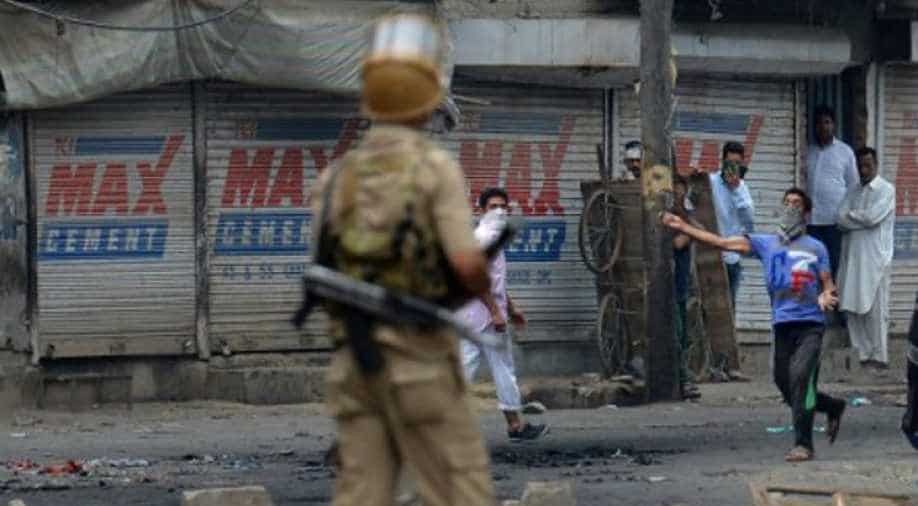 Kashmiri protesters had clashed with Indian police in Srinagar on July 10, 2016. Photograph:( AFP )

Follow Us
With the Valley on the boil in the wake of violent clashes between locals and security forces refusing to simmer down, Indian home minister Rajnath Singh will undertake a two-day visit to Jammu and Kashmir today to take stock of the situation in the northern state.

Speaking in Parliament on Thursday, Rajnath Singh said that security forces were instructed to exercise maximum restraint while dealing with the protests in the Valley.

He also said that an experts committee will review the use of pellet guns by security forces.

"It is not like pellet guns were not used in Kashmir in the past; they were, in fact, used in 2010 as well, and they are listed as non-lethal weapons. We will, however, form a committee of experts, which will tell us in two months the non-lethal alternatives to these guns," Rajnath said.

Singh said he had spoken to chief minister Mehbooba Mufti, who said she would come to Delhi in the next two to three days to hold discussions.

"I told her that I myself would like to go there, stay in a guest house and meet people there," he said.

The Union home minister said that all political parties have tried to work for the resolution of the Kashmir problem.

"The Kashmir issue needs to be dealt with collectively. Everyone needs to partake in the responsibility of making the situation better," Singh said.

An all-party meeting convened by Chief Minister Mehbooba Mufti was held in Srinagar on Thursday to review the situation in the valley and to find a way to solve the violence that has left around 44 people dead and thousands injured, after protests broke out in the valley following the killing of Hizbul Mujahideen terrorist Burhan Wani in an encounter with security forces on July 8.

Meanwhile in Jammu and Kashmir, the curfew and restriction remain in force across Kashmir on 14th consecutive day in view of continuous shut down call by separatists and prevailing law and order situation.

In view, of separatists' call to hold a peaceful protest after Friday congregational prayers, strict restriction on movement and assembly of people will remain in force across the Valley.

The police and paramilitary personnel have been deployed in strength to maintain law and order.