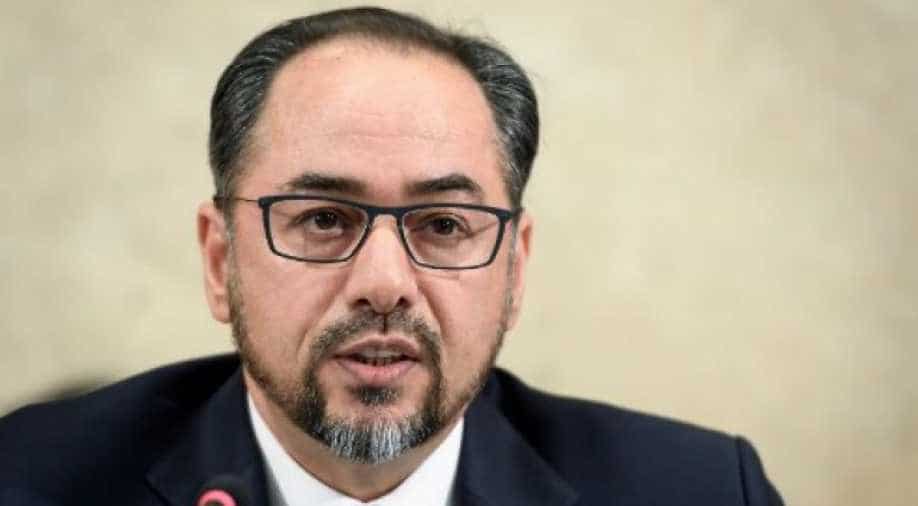 During the meet, the Afghan FM said terror is a global threat and 'asked for a serious struggle of all countries against this phenomenon'.

Afghanistan's foreign minister Salahuddin Rabbani on Monday met Indian envoy to Afghanistan Vinay Kumar in Kabul. During the meeting, both the sides discussed a range of issues including the Pulwama terror attack.

During the meet, the Afghan FM called terror a global threat and "asked for a serious struggle of all countries against this phenomenon," according to a release by Afghan foreign ministry.

The Afghan government had condemned the recent terrorist attack in Jammu and Kashmir's Pulwama and expressed their condolences for the loss.

Both sides discussed the expansion of trilateral cooperation between Afghanistan, India and China; the Afghan peace talks and the upcoming presidential elections in Afghanistan.

During the informal summit last year between Indian Prime Minister Narendra Modi and Chinese President Xi Jinping in Wuhan, both agreed to work in Afghanistan and initially decided to train Afghan diplomats jointly.

India has been engaging with Afghanistan and with neighbouring countries like Iran, Russia and Saudi Arabia on the peace process in the South Asian country. India's official policy on the Afghan peace process is that it should be "Afghan-owned, Afghan-led and Afghan-controlled".