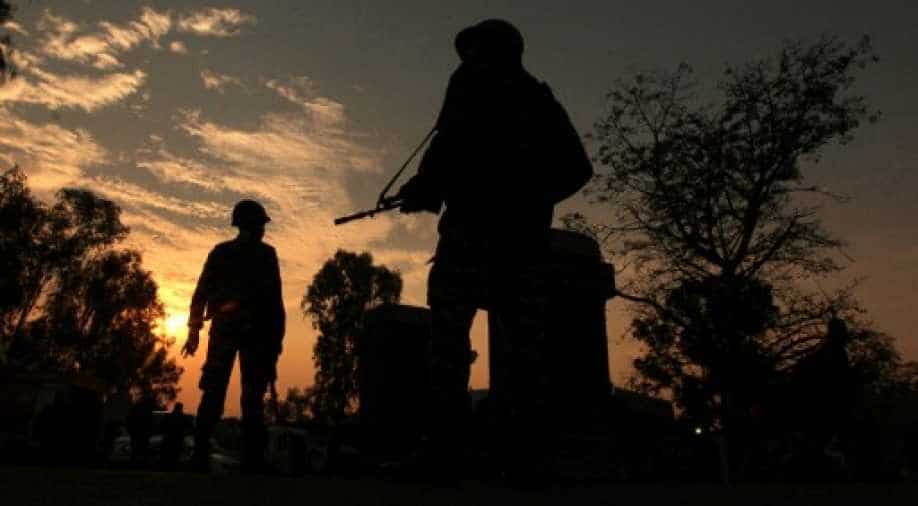 Maj Gen Yadav said a similar exercise in Eastern Command was carried out in November 2015 at the same places. Photograph:( AFP )

Chief Minister Mamta Banerjee has alleged that the Indian Army that its personnel were deployed at toll plazas without informing the state government and were collecting money from vehicles.

"This is unprecedented and a very serious matter," she said.

The army strongly rebutted to this comment saying that the exercise was being carried out in coordination with the Kolkata police.

"The exercise was earlier planned for November 27 and 28. The dates were changed to November 30 to December 2 on a specific request by Kolkata police due to Bharat Bandh called on November 28," said GOC Bengal area (officiating) Major Gen Sunil Yadav.

However, the TMC in the Rajya Sabha accused that it was being misled by MoS Defence Subhash Bhamre and says that no conclusive answer was being given by the Centre on army deployment.

The officiating GOC Bengal Area reacted to Chief Minister's allegations by saying, "We deny all charges with all contempt. Allegations of collection of money by Army personnel are also totally baseless."

Maj Gen Yadav said a similar exercise in Eastern Command was carried out in November 2015 at the same places. The Major Gen also said that a recce was conducted with two inspectors of the Kolkata Police at toll plaza on November 27.

He said, "The issues raised by the police were addressed and were telephonically informed to the police."

He further added that the exercise will continue as planned earlier and will end tonight.

The army also released letters written to the state government on the exercise. "It is happening in nine states now across 80 locations. We have our specific targets for data collection. After doing the work for 36 hours our work was done and
we had left the toll plaza near Nabanna," he said.

Yesterday a defence spokesperson had said that the army conducts biennial exercise throughout the country with the aim of getting statistical data about the load carriers that could be made available to the army in case of a contingency.

Wing Commander SS Birdi of the Indian Air Force said, "There is nothing alarming about this and it is carried out as per government orders."

He also said that the exercise gives an estimate about the number of vehicles passing through a certain area that could be tapped during operations.