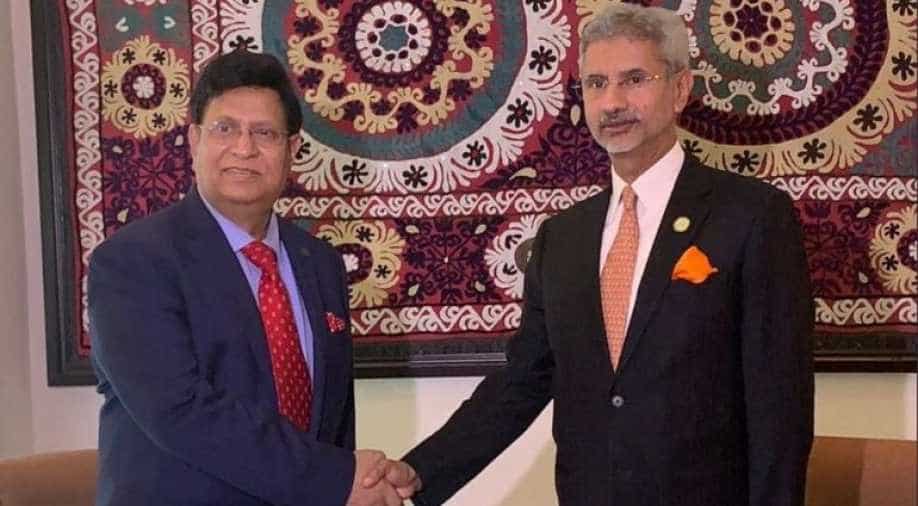 Speaking exclusively with our diplomatic correspondent Sidhant Sibal, Momen said, India has assured Dhaka that these issues will not impact Bangladesh and he believes in the Indian government.

Opinion: How Citizenship Amendment Act (CAA) is different from NRC and NPR

Speaking exclusively with WION's diplomatic correspondent Sidhant Sibal, Momen said, India has assured Dhaka that these issues will not impact Bangladesh and he believes in the Indian government.

He also spoke on Teesta, SAARC and other issues. WION is the first channel in India with which Bangladesh FM has spoken extensively since the passage of CAA law in December of 2019.

WION: How you see current ties between India and Bangladesh?

A K Abdul Momen: Current ties between Bangladesh and India are simply excellent. Our relationship is based on mutual trust and confidence.

WION: The key has been connectivity, how is the work going on the projects?

A K Abdul Momen: Work on connectivity is progressing smoothly.

WION: How do you see India's support on Rohingya refugee issue? Do u think India needs to do more?

A K Abdul Momen: India assured us of full support on Rohingya issue. Being a friend, our expectation is that they will do much more proactively and effectively.

WION: Are you hopefull, Teesta Issue will be resolved with India, given that it has been a long-pending issue?

A K Abdul Momen: Yes, we are hopeful that Teesta issue will be resolved as India promised it.

WION: The citizenship amendment law, is something that has been a talked about. Do you think, it is going to have a negative impact on the state of relationship?

A K Abdul Momen: CAA and NRC issues are India's internal issues. India assured us repeatedly that these issues will not affect Bangladesh at all. We have trust in Indian leadership and we expect that India, being our historic friend will not do anything that may cause harm to Bangladesh.

WION: On SAARC, do you think the body is dead?

A K Abdul Momen: When relationship and confidence between Pakistan and India will improve, SAARC can be more effective and can deliver better. Thank you.