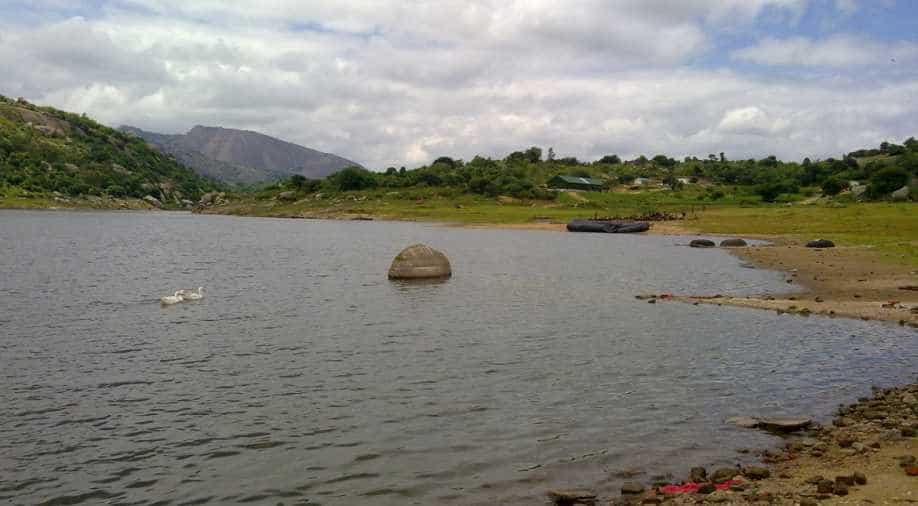 According to reports, the filmmakers may be charged with negligence as there weren't enough safety nets in place. Image source: Wikimedia Commons. (Representative image) Photograph:( Others )

Two film crewmen in India's southern state of Karnataka are feared dead after they jumped from a helicopter into a reservoir for an upcoming Kannada film on Monday.

The crew of the film Masti Gudi was shooting for the climax scene when the incident occurred.

The scene required the two missing stuntmen to jump from a chopper into Thippagondanahalli reservoir, situated 35 kilometres west of Karnataka's capital city Bengaluru, from a height of about 100 feet.

Lead actor Duniya Vijay along with co-actors Uday and Anil jumped into the reservoir.

Vijay swam to safety but the other two failed to reach ashore. The search for the two actors is on.

The filmmakers may be charged with negligence as there weren't enough safety nets in place.