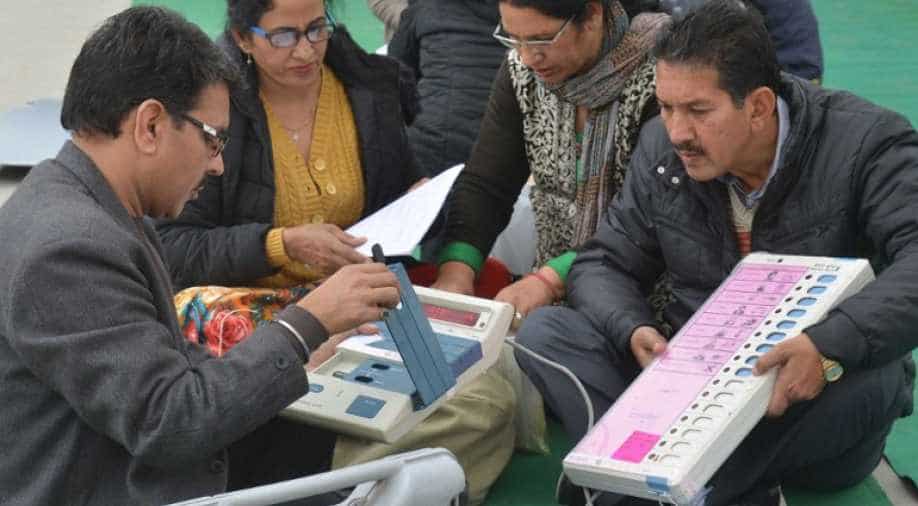 Voters in the Indian states of Punjab and Goa on Saturday exercised their franchise to elect provincial governments.

Voting to elect the 117-member Punjab Assembly in a three-cornered contest with Shiromani Akali Dal-BJP combine, locked in a tough contest with Congress and new entrant Aam Aadmi Party, began early in the morning.

In the high-stake election, the first after Modi Government's demonetisation move, 1,145 candidates, including 81 women and a transgender candidate, are in the fray.

The AAP, which had won four Lok Sabha seats in 2014, has plunged into the contest in a big way with its chief Arvind Kejriwal criss-crossing large parts of the state.

The Badal family came under fierce attack from AAP over alleged corruption, drug menace and law and order while the SAD-BJP and Congress accused AAP of flirting with extremists and targeted Kejriwal for being an "outsider".

Kejriwal, in turn, accused Congress chief Amarinder Singh and the Badals of being hand in glove.

A high voter turnout of over 83 per cent was today recorded in the Assembly polls in Goa, where the ruling BJP is engaged in a fierce fight with the Opposition Congress, AAP and an alliance of MGP, Shiv Sena and GSM for the 40-member House.

Heavy polling was witnessed in the mining belt of Sankhalim, Bicholim and Curchorem.

A 78-year-old man died outside a polling booth in Panaji city. Leslie Saldanha, who was waiting to cast his vote, collapsed and died, officials said.

ECI's data from various polling booth showed that over 83 per cent of 11.10 lakh voters turned up to exercise franchise.

An impressive 83 per cent voting was recorded in the state in 2012 assembly polls, which saw the BJP wresting power from the Congress.

Defence minister Manohar Parrikar, widely seen as the chief ministerial face of the BJP, Union minister Shripad Naik and chief minister Laxmikant Parsekar were among the early voters who cast their ballots.

A total of 250 contestants are in the fray, which include many independents.

The election is being closely fought by major political forces - BJP, Congress, AAP and the MGP-led alliance.

BJP has put up 36 aspirants, Congress 37 and AAP is contesting on 39 seats and each of them backing independents in a few seats.

BJP, which had a pre-poll alliance in 2012, is going it alone this time after the MGP snapped the partnership and forged a front with Goa Suraksha Manch floated by RSS rebel Subhas Velingkar and Shiv Sena.

Counting of votes will be taken up on March 11.