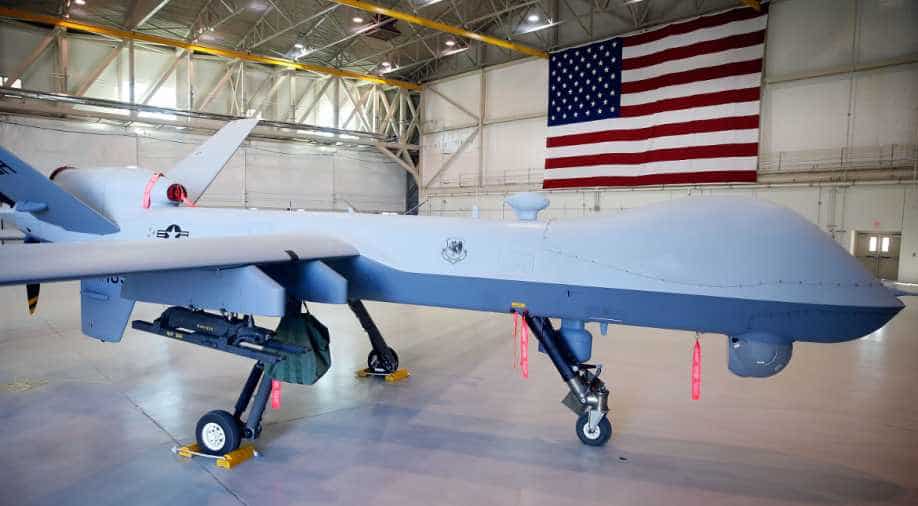 Follow Us
India has sent a letter of request (LoR) to the US seeking to purchase patrol drones for protection and vigilance of its maritime assets in the Indian Ocean, sources said.

Control Regime (MTCR) and recognised by the US as a "major defence partner" after the meeting between Prime Minister Narendra Modi and President Barack Obama, earlier this month.

This is part of the Modi Government's effort to fast track its goal to secure the country's maritime assets, particularly in the Indian Ocean and, detect any untoward intrusion like the Mumbai terrorist attack.

It provides high-altitude wide area and has long endurance maritime ISR capability, which will help India to safeguard its maritime assets in the Indian Ocean, both east and west coast.

Flying at an altitude of 50,000 feet these drones have the capacity to fly non-stop for more than 24 hours and monitor the movement of objects as small as a football, sources said.

India had previously shown interest in purchasing these drones from the US, but the Obama administration was unable to process these request as India was not a member of MTCR.

After India got the MTCR membership earlier this month, the US has started looking into the proposal and is believed to be moving ahead with the next phase of letter of acceptance.

The issue of drones was discussed by the Prime Minister with President Obama who gave a favourable response.

Referring to the India-US joint statement on June 7 at the White House, the sources said the two leaders reiterated the importance they attach to ensure freedom of navigation and overflight and exploitation of resources as per international law, including the United Nations Convention on the Law of the Sea, and settlement of territorial disputes by peaceful means.

It is estimated that India could be looking at over 250 Predator Guardian UAV's over the next few years, estimated at over USD 5 billion.

"The radar's Maritime Wide Area Search (MWAS) mode provides the capability to complete a variety of maritime missions successfully, including coastal surveillance, long-range surveillance, small target detection, and search and rescue operations. These are also equipped with an Automatic Identification System (AIS) for identifying vessels at sea," he added.