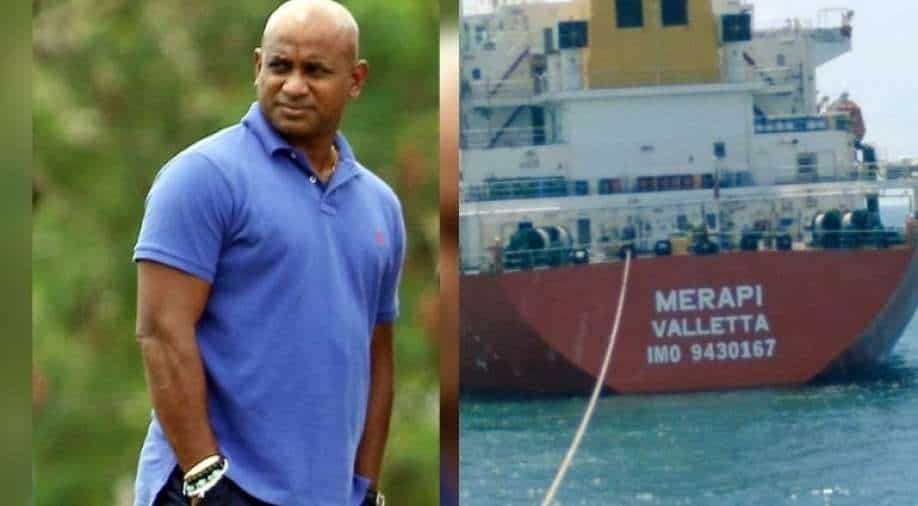 Sanath Jayasuriya lauded the Indian government and Prime Minister Narendra Modi for sending help to the island nation as it battles the worst economic crisis since independence. Photograph:( Twitter )

So far, India has sent approximately 270,000 MT of fuel to Sri Lanka to help alleviate the island's power crisis, which has resulted in severe power outages.

Sanath Jayasuriya, one of the most dangerous batsmen in international cricket during his days, expressed dismay on Thursday over the island nation's ongoing economic crisis, saying it is regrettable that the people are suffering through this, according to news agency ANI.

"You know as always as a neighbour, the big brother of the next to our country has been helping us… We are very grateful to the Indian government and the Prime Minister (Modi). So, for us even to survive it is not very easy at the moment, things are going through… I hope that things will change and also with the help of India and other countries and we are trying to come out from this situation," Jayasuriya told ANI.

So far, India has sent approximately 270,000 MT of fuel to Sri Lanka to help alleviate the island's power crisis, which has resulted in severe power outages.

Sri Lanka is in the midst of a severe economic crisis, with food and fuel shortages affecting a substantial portion of the population.

Since the outbreak of the COVID-19 pandemic, the economy has been in free fall.

"Indian credit line for fuel at work!!! One consignment each of 36,000 MT petrol and 40,000 MT diesel was delivered to Sri Lanka in the last 24 hours. Total supply of various types of fuel under Indian assistance now stands at more than 270,000 MT," the Indian embassy in Colombo tweeted.

#Indian credit line for fuel at work!!! One consignment each of 36,000 MT petrol and 40,000 MT diesel was delivered to #SriLanka in the last 24 hours. Total supply of various types of fuel under Indian assistance now stands at more than 270,000 MT. pic.twitter.com/QMO8fftnXA

Jayasuriya expressed his support for the continuing protests against President Gotabaya Rajapaksa's handling of the situation, saying, "There are fuel and gas shortages, and there are occasions when electricity is unavailable for 10 to 12 hours.The inhabitants of this country have had a particularly difficult time.As a result, protests have begun to take place."

Jayasuriya urged protesters to avoid taking the law into their own hands and to demonstrate peacefully and democratically.

"When it comes to violence, I always say no.Violence will bring the country to its knees.So that's something we don't want to see," he added.

He believes that things would soon change in Sri Lanka.

"I'm hoping for a quick turnaround.I believe the government should pay attention to the people," Jayasuriya told ANI.

Sri Lanka is mired in a grave financial and political crisis, unable to pay imports and service debts as its foreign exchange reserves dwindle.

The government's actions, as well as the later COVID-19 outbreak, exacerbated the financial problems.

Major shortages of fuel and cooking gas, as well as some medicines and vital food products, have resulted in locals taking to the streets to protest the administration.

Anti-government rallies have been sponsored by Sanath Jayasuriya and other players, including former wicketkeeper Kumara Sangakkara.