India: No handbag tags at 6 more airports from June 1 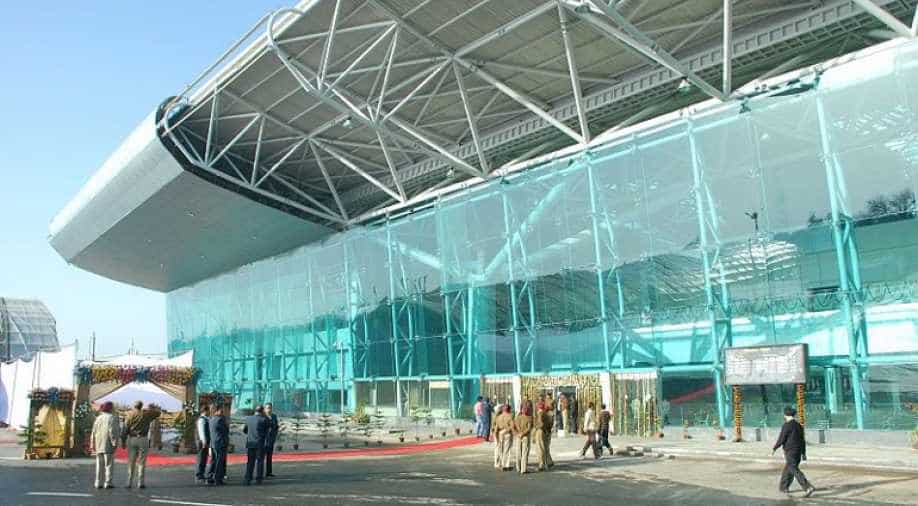 Representational image: This is the airport in Amritsar. Image source: Wikimedia commons via jliptoid. Photograph:( Others )

Six more airports in the country, including Patna and Chennai, will do away with the practice of tagging and stamping domestic passengers' hand baggage from June 1.

"We had run a trial at these six airports for a few weeks. After finding that an enhanced number of new gadgets, CCTVs and security paraphernalia has been put in place, the process of doing away with the tagging and stamping of domestic air passengers' hand baggage will begin from June 1," the DG said.

The force is tasked with guarding 59 civil airports in the country.

Singh said five more airports at Varanasi, Pune, Goa, Bhubaneswar and Vishakhapatnam would be next in line where the tagging and stamping of passengers' hand baggage will be done away with in the coming days.

"The trial will now begin at these five airports," he said, adding the force proposes to initiate this people- friendly measure at all the airports under its cover, by the year-end.

By having the stamped tags on the hand baggage, the security personnel used to be assured that no weapon or ammunition-like material enters the aircraft with the passenger and now with the deployment of smart cameras and repositioning of security paraphernalia at the six new airports, the same objective is being achieved.

The procedure remained a major irritant for passengers and they have made many complaints in this regard to airport authorities saying this system poses hassles for them as it consumes time and in case they forget to get it tagged, security personnel would ask them to go back and get it done.

The output roller trays at the six airports, which will initiate the new drill, have now been extended in order to provide more visual clarity to the security personnel on each and every bag even as they have been instructed to minutely go through the x-ray images before clearing the handbags.

A committee comprising officials of the CISF, the Bureau of Civil Aviation Security (BCAS) and the airport operators has been recently constituted to smoothen the roll-out of this new protocol at all the 59 airports guarded by the paramilitary force.

This was done after a high-level meeting chaired by Union Minister of State for Home Kiren Rijiju and his counterpart in the civil aviation ministry, Jayant Sinha, in which the earlier BCAS order about stamping the hand baggage tags was stayed.

The meeting while staying an earlier BCAS order had sought a thorough review of the security apparatus before the new measure could be launched.

DG Singh had said the new measure will enhance "passenger experience and provide hassle-free security environment to them" while travelling through the airports.

The new protocols are only meant for domestic passengers and those travelling to international destinations will have to get their hand baggage tags stamped as usual.