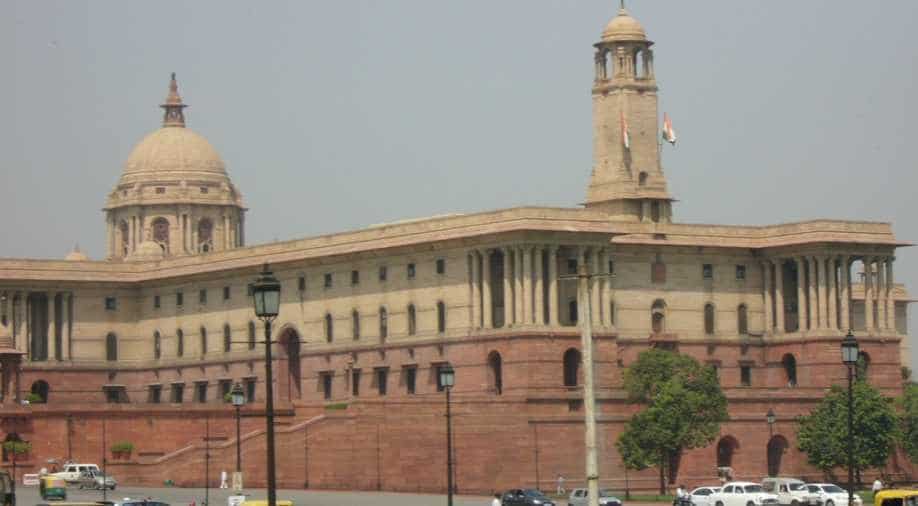 Minister of Social Justice and Empowerment Thaawar Chand Gehlot announced that a scheme of 'universal identity card for the disabled' is on the anvil and an agency has already been finalised for the purpose. Photograph:( Others )

Keeping aside the acrimony over demonetisation issue which paralysed the Winter session, the Indian Parliament today passed the Disabilities Bill which stipulates up to two-year jail term and a maximum fine of Rs 5 lakh for discriminating against differently-abled persons.

The Lok Sabha passed the bill within two hours after a short debate on the last day of the session with the treasury and opposition benches, who have been at loggerheads over demonetisation and other issues, joining hands to clear the legislation.

Indian Prime Minister Narendra Modi was present in the House during the passage of the bill.

"Passage of Rights of Persons with Disabilities Bill - 2016 is a landmark moment & will add tremendous strength to 'Accessible India movement'," he tweeted.

Earlier on Wednesday, the Rajya Sabha too had witnessed similar bonhomie for passage of The Rights of Persons with Disabilities Bill, 2016.

Replying to the debate, Minister of Social Justice and Empowerment Thaawar Chand Gehlot announced that a scheme of 'universal identity card for the disabled' is on the anvil and an agency has already been finalised for the purpose.

The proposed card would also be linked to the Aadhar card to help the disabled all over the country in a seamless fashion, he said.

Gehlot said the universal identity card is being acted upon to overcome the problem of disability certificate being faced by those affected.

He said the government has joined hands with German and British firms for making available state-of-the-art limbs to the disabled wherever possible.

The lower house of the Indian parliament Lok Sabha witnessed a division on an amendment by Congress and TRS members seeking to raise the reservation in the bill from 4 to 5 per cent. It was defeated by 121 to 43 votes. K C Venugopal of the Congress who had given the amendment pressed for the division.

Members from both sides supported the bill but suggested certain changes to improve the measure.

Now, China may send 'army' of ducks to Pakistan to combat locust menace