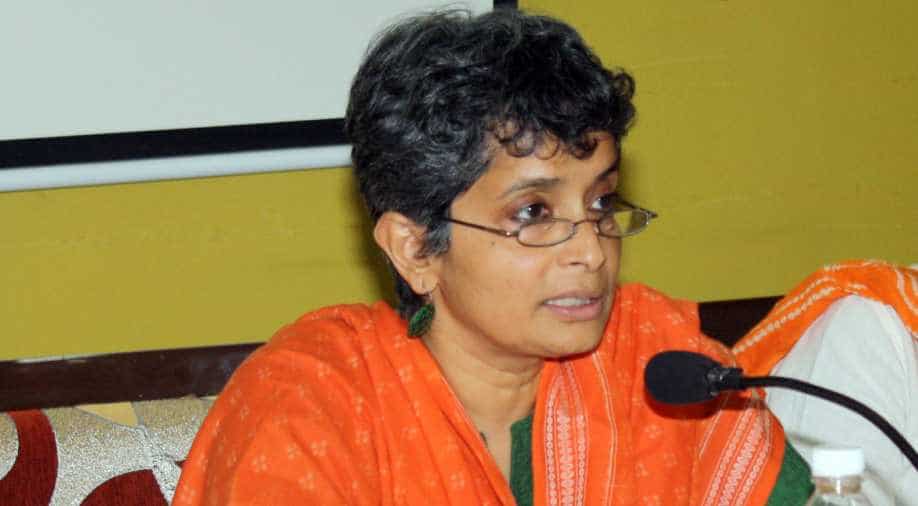 Menon a professor at JNU's School of International Studies, she was invited to give a lecture on the topic??History reinterpreted: nation, individual and culture? by the Department of English at Jai Narain Vyas University. (Source: wikimedia.commons) Photograph:( Others )

Jodhpur based varsity, Jai Narain Vyas University filed a complaint on Friday against Jawaharlal Nehru University professor Nivedita Menon over alleged remarks about Kashmir and the Indian Army during a seminar held at the campus on Thursday.

The case was registered against Menon for allegedly making "anti-national" remarks, which led to protests by ABVP activists.

The university was closed down on Friday and an internal probe into the matter has been ordered.

Vice chancellor R P Singh said, "We have filed a complaint with police against Menon and the organising secretary of the seminar, Assistant Professor Raj Shree Ranawat. We have also set up an inquiry team which will look into the entire episode."

A professor at the School of International Studies, Menon was invited to give a lecture on the topic ‘History reinterpreted: nation, individual and culture’ by the Department of English.

This is not the first time Menon has been pulled up by university authorities. On December 28, 2016, she was given a warning notice by JNU for allegedly violating rules over addressing students near the administrative building.