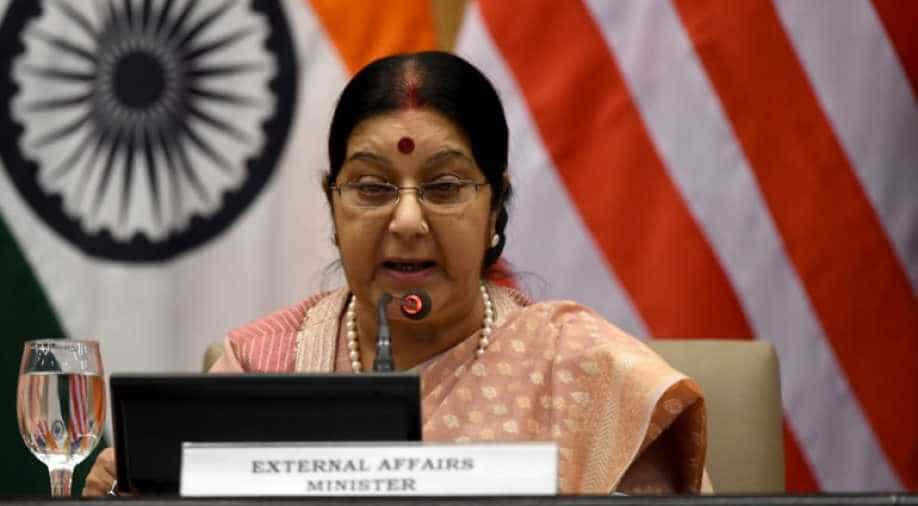 According to doctors, the 64-year-old Swaraj was suffering from diabetes for some time, and had recently been undergoing dialysis three times a week. Photograph:( AFP )

ANI reported that the surgery was successful.

The organ was harvested from a living unrelated donor, PTI reported.

The surgery was conducted at the hospital's cardio-thoracic centre by a team of doctors including AIIMS director MC Mishra, surgeons VK Bansal, V Seenu, and nephrologist Sandeep Mahajan, PTI reported.

"The surgery started at 9 am and ended at 2:30 pm following which the minister has been shifted to the Intensive Care Unit (ICU) in the same building," PTI quoted sources at AIIMS as saying.

Swaraj was admitted to AIIMS on November 7 and after a diagnosis of kidney failure, was put on maintenance dialysis.On November 16, Swaraj made her condition public.

"I am in AIIMS because of kidney failure. Presently, I am on dialysis. I am undergoing tests for a kidney transplant. Lord Krishna will bless," she tweeted.

I am in AIIMS because of kidney failure. Presently, I am on dialysis. I am undergoing tests for a Kidney transplant. Lord Krishna will bless

Following her tweet, a number of people had offered her their kidneys.