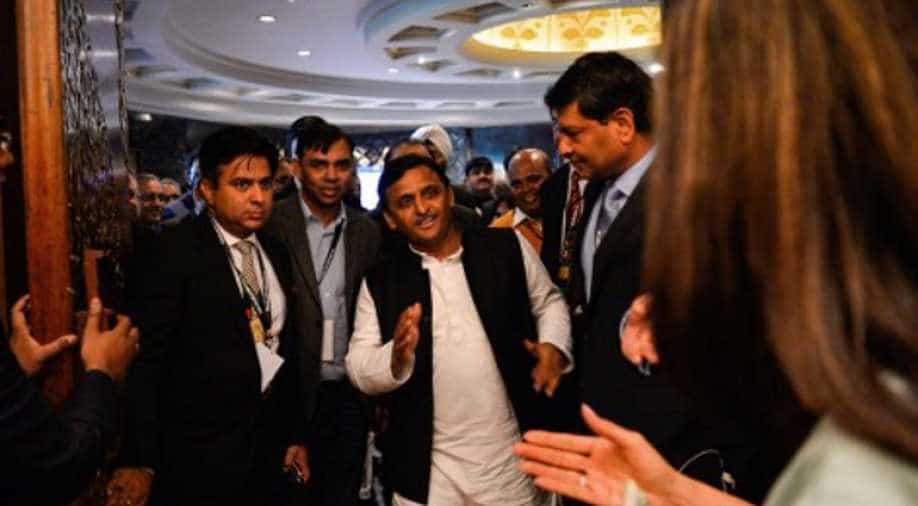 Samajwadi Party was one of the several parties which emerged after the Janata Dal got fragmented in the early 1990s. Photograph:( AFP )

A little over 25 years after Mulayam Singh Yadav founded the Samajwadi Party, he lost control over it today after the Election Commission recognised his son and Uttar Pradesh chief minister as its president and allowed him to retain the 'bicycle' symbol.

The body blow for the socialist leader came 72 days after the party he floated and nurtured celebrated its silver jubilee on November 5 amid continued tension with Akhilesh.

Barely three weeks later, the Akhilesh Yadav camp held a national convention where the 43-year-old leader was anointed the national president of the party founded by his father replacing him.

Samajwadi Party was one of several parties which emerged after the Janata Dal got fragmented in the early 1990s.

SP, which is primarily an Uttar Pradesh-based party contested Lok Sabha and state Assembly elections around the country, but its successes have largely been limited to the state.

In the assembly election in Madhya Pradesh in 2003, the SP won seven seats, making it the third largest party in the state.

In the 2012 assembly elections in Uttar Pradesh, it registered a landslide and formed the government.

It would have been a 5th term for Mulayam Singh Yadav as chief minister of state, but he surprised everyone by nominating his son Akhilesh to the coveted position.

Samajawadi Party supported to the Congress-led UPA government at the Centre.

It had contested the 2009 general election in alliance with Rashtriya Janata Dal and Lok Janshakti Party of Bihar. In the last general election, Samajwadi Party was convincingly defeated by the BJP and its allies in Uttar Pradesh which together won 73 of the state's 80 Lok Sabha seats.

SP, before today's poll panel order, was the 13th largest party in Parliament.