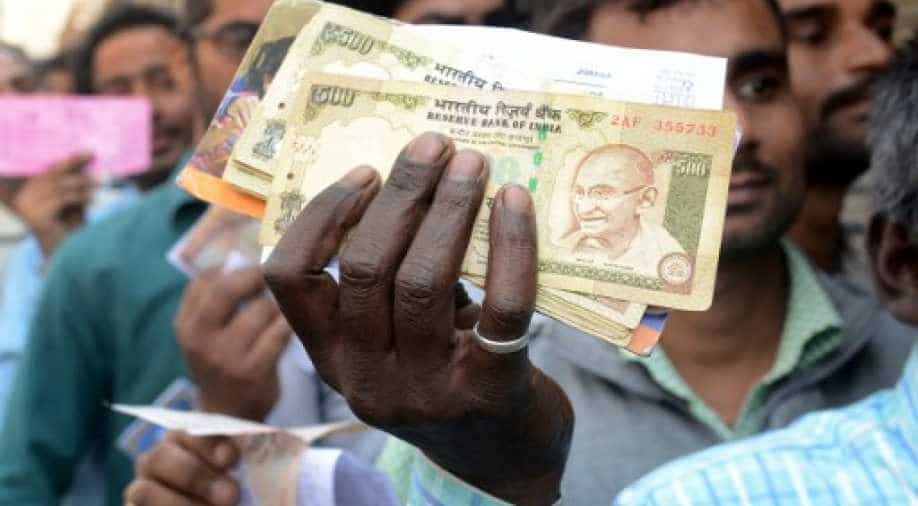 An Indian man holds up money to be exchanged as people wait in a queue to deposit and exchange 500 and 1000 rupee notes outside a bank in Amritsar on November 16, 2016. Photograph:( AFP )

As the onset of winter session of India's parliament today, Congress, the opposition party, along with the Bahujan Samajwadi Party (BSP), demanded the setting up of a joint parliamentary committee to look into demonetisation, a move announced by Indian Prime Minister Narendra Modi last week.

Ahead of the parliamentary session today, Modi had said that he was optimistic of a positive winter session, which is expected to be a fiery one post the announcement of demonetisation, and reached out to all political parties while stating that the government was ready for any debate.

"In the last session an important bill like the GST was passed, it was a big step. I had thanked all parties then. In the winter session, a very positive discussion will happen on all issues with the contribution of all parties," said Prime Minister Modi outside the parliament.

"Our government believes in discussing all issues and we are ready to debate on any topic," he added.

"If your money is valid, nothing will happen to it," union minister Venkaiah Naidu said.

Congress leader Anand Sharma blamed Narendra Modi for sending a message that whole of India's economy is run on black money. He demanded an apology for allegedly mocking those waiting in queues to deposit or swap money, The Indian Express reported.

“The masses in India are standing in queues. Do you see any rich person, a big industrialist standing in a queue?” he questioned. “Your money will be given to select 15-20 industrialists.You all know their names,” he added.

(WION with inputs from DNA)