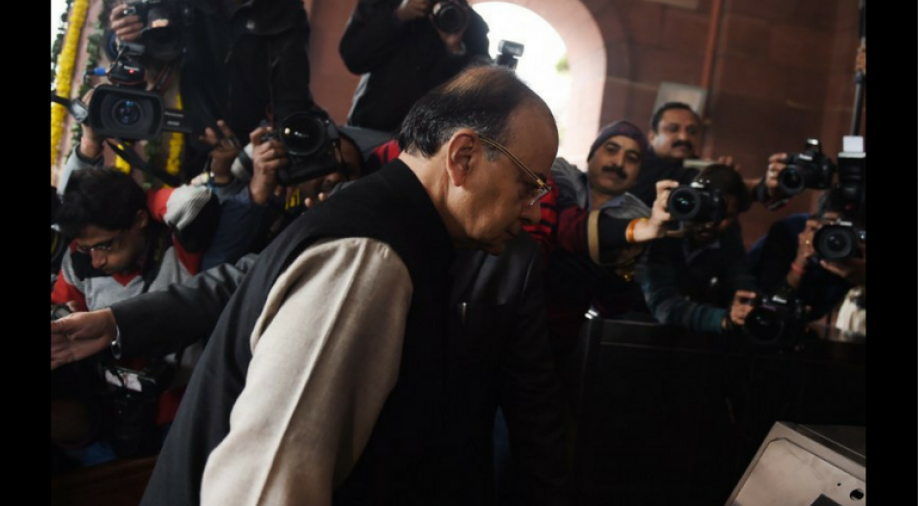 The Speaker of Lok Sabha, Sumitra Mahajan started the proceedings with an obituary reference to former union minister and MP E. Ahamed who passed away today.

Inflation in double-digit has been controlled

We have started a war on black money

According to the IMF, India will be one of the fastest growing economies in 2017-18

Pressure on protectionism is going up: Impact on exports

There is early evidence of bank loans at lower rates

Current account deficit has declined, the govt will spend more on poor

Will double farmers' income in 5 years

Focus will be on more jobs for the youth

Demonetisation will not spill over to next year

Government promises to bring 1 crore households out of poverty

Rural road targets to be increased, 138 km roads to be built per day

48,000 crore allocated to MNREGA, "this is the biggest ever allocation for MNREGA"

Emphasis on science and local innovation

Leverage IT technology to help students

Quality education will energise the youth

Mahila shakti Kendra to be set up

Will reduce cost of life-saving drugs

5 special tourism zones to be set-up

Passenger safety, cleanliness, finance and accounting to be the key

Rail Sanraksha fund to be set up

Shares of IRCTC to be listed

New Metro rail policy to be announced which will open up job opportunity.

Airports in tier-2 cities to be revamped

Bio-toilets to be set up.

'India at the cusp of digital economy'

Bheem app launched will help in transforming the digital economy

Increase in capital expenditure by 25.4 per cent

Fiscal Deficit pegged at 3.2 per cent of GDP

Only 24 lakh showed income over 10 lakhs

'Burden of taxes falls on just a few'

"We are a non-tax compliant society"

Changes in capital gains on sale of property

Income tax for small companies reduced, MSME sector to get a boost

Holding period for realty sales now to be 2 years

No cash transaction over 3 lakhs

Tax on income upto 5 lakhs cut by 5 per cent

Surcharge on those earning more than 1 crore to continue

Political parties can get payment through cheques or digital payments