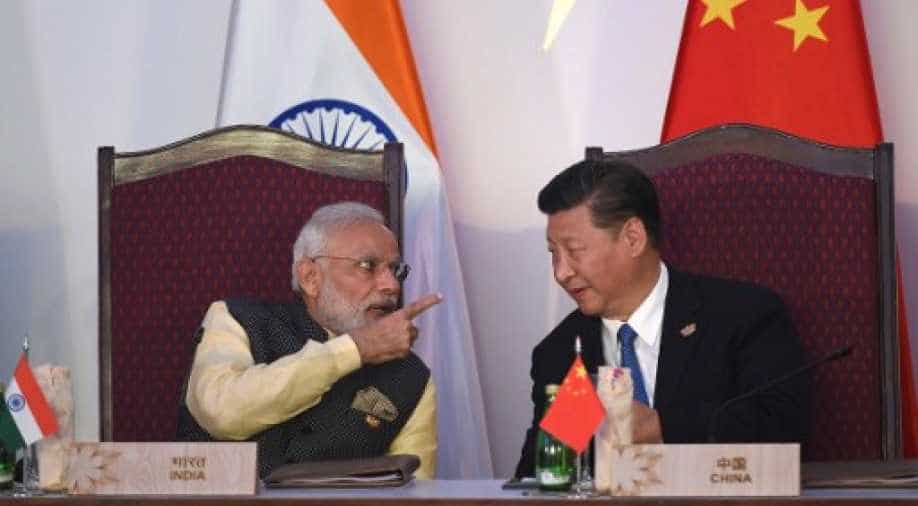 The article also said India 'should draw some lessons from the recent interactions between Beijing and Trump over Taiwan'. Photograph:( AFP )

"Sometimes, India behaves like a spoilt kid, carried away by the lofty crown of being 'the biggest democracy in the world'. India has the potential to be a great nation, but the country's vision is shortsighted," an article in the state-run Global Times said.

It said India "should draw some lessons from the recent interactions between Beijing and Trump over Taiwan".

"After putting out feelers to test China's determination to protect its essential interests, Trump has met China's restrained but pertinent countermeasures, and must have understood that China's bottom line - sovereign integrity and national unity - is untouchable," the paper said.

While the article did not elaborate on counter measures, China besides protesting to Trump over his phone call to the Taiwanese President and his comments questioning One-China policy, also seized an "unmanned underwater vehicle" in the disputed South China Sea, the first such incident in the area.

The drone was returned subsequently after protests from US and Trump, an incident seen as an attempt by China to flex its muscles ahead of the President-elect taking over office next month.

The drone operated by a US survey vessel in the South China Sea was seized by a Chinese navy ship.

"Even the US would have to think twice before it messes with China on such sensitive problems, so what makes India so confident that it could manage?," the article sounding strident in it tone and tenor said, referring to India going to Mongolia's assistance by granting USD one billion aid after Beijing imposed a blockade in retaliation to Ulaanbaatar hosting Dalai Lama last month despite China protests.

The Mongolian Ambassador to India had sought New Delhi's help to overcome China's counter measures. However, the Mongolian government has given in and pledged that it will never invite Dalai Lama again.