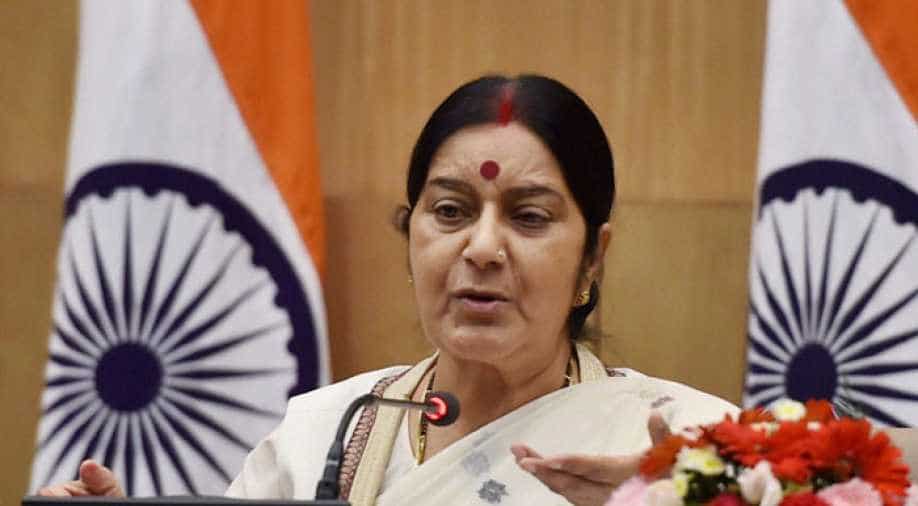 India's external affairs minister Sushma Swaraj has sought a report from the airport authorities in Frankfurt about the incident. Photograph:( Zee News Network )

The Indian government has asked for information from airport authorities in Frankfurt, Germany, after an Indian woman was asked to strip as part of "random security check" while on her way to Iceland.

@CGIFranfurt has taken up this matter with Frankfurt Airport authorities. The matter has been referred to the Police for investigation. /1 https://t.co/IhCdtwHddO

The Indian woman was apparently the only person to be strip-searched while she was travelling with her Icelandic husband their four-year-old child from India to Iceland via Frankfurt on Saturday morning.

The 30-year-old woman put up a post on Facebook to narrate her ordeal in Germany: "I was taken into a room, and was asked to lift my dress/ take it off so that I could be checked to make sure I wasn't 'carrying anything under my clothes'. This whole ordeal happened in front of my 4 year old (sic)."

"I was given no explanation as to why I was put through this ordeal. My constant requests to be patted down gently because of a recent abdominal surgery (proof of which I was carrying on hand) was constantly ignored and resulted in being shouted at aggressively by the woman in charge. She then proceeded to call her supervisor who parroted the same lines about how they wanted me to take my dress off," she further wrote.