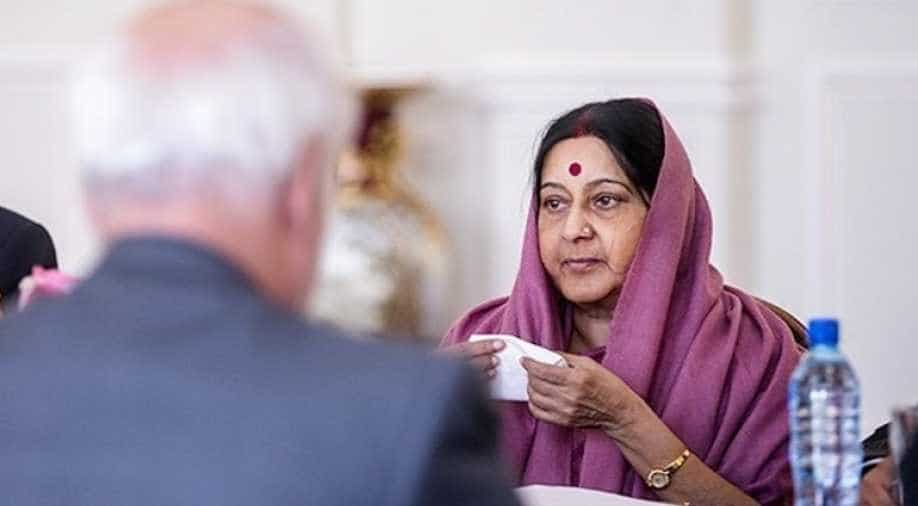 Braving the Dubai heat, sandstorms and traffic, Selvaraj walked a distance of 1,000 km over a period of two years to attend the labour court proceedings. Photograph:( Others )

India's external affairs minister Sushma Swaraj, known for assisting Indians in trouble on foreign land, has helped an Indian man who walked 1,000 kms to attend court proceedings in Dubai to return to his home.

Even as she undergoes treatment at New Delhi's AIIMS for kidney failure, Swaraj last week sought a report from the Indian Consulate in Dubai following media reports about Jagannathan Selvaraj, who hails from Tiruchirappalli in Tamil Nadu.

The minister tweeted, "We have brought him back to India and sent him to his village. He went up and down to the court 20 times over a year. That made it 1000 km."

Braving the Dubai heat, sandstorms and traffic, Selvaraj walked a distance of 1,000 km over a period of two years to attend the labour court proceedings.

A bus trip to the court in Karama area costs a few dirhams, but Selvaraj did not have money to travel by bus and was forced to spend two hours for a one-way trip and another two hours for the return journey after every court hearing.

He had been living in a public park in Sonapur for several months.